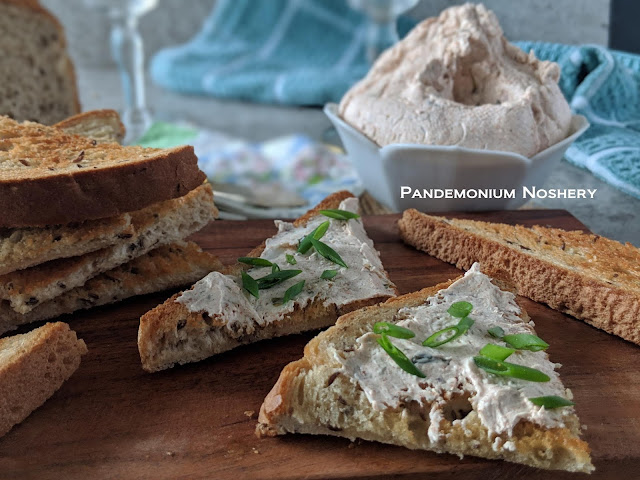 Liptauer is a Hungarian an Austrian cheese eaten at wineries, something akin to the British pub cheese but with completely different spices and seasonings. Liptauer is typically made of sheep cheese though cream cheese and quark are common substitutes. I decided to use sheep yogurt and strain using the same technique as when making labneh to keep the sheep aspect. 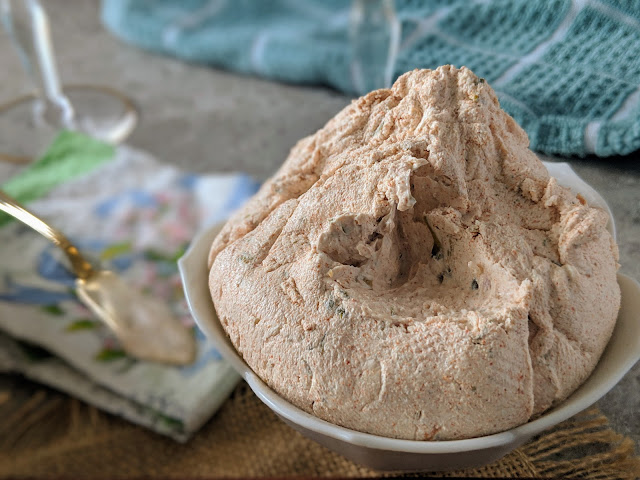 Scoop the yogurt in to a bowl and add all the remaining ingredients except eh rye bread. Stir to combine.

Line a second bowl with muslin cloth and scrape the yogurt in to the lined bowl. Bring the four corners together and fasten securely with a rubber band. Run the back of a long spoon through the rubber band and use the spoon to suspend the mixture in the fridge over a bowl for about 8 hours.

Remove from the cloth, discard the liquid, and gently spread in to a dish.