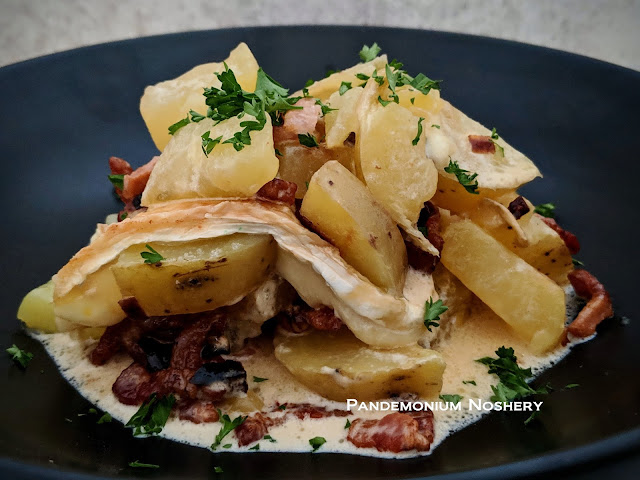 This hearty French dish is absolutely amazing. It's simple to assemble and nothing much can beat the combination of bacon, potatoes, and cheese. Serve it with steak, or chicken, or just eat it by itself because it's totally fine on it's own as well.

Cube the potatoes and cook in salted water until al dente.

Cut the strips of bacon about 1/8th of an inch wide. Add to a pan and cook, stirring, until starting to crisp. Add the onion and cook until the bacon is very crisp. About as crisp as it can get without charring it.

When the potatoes are done layer in a 8x10 casserole dish. Start with half the potatoes, half the bacon, and half the brie cheese. Repeat the layers with potatoes, bacon, and then top with the cheese. Drizzle the cream over the top and place in the oven and 400 for 20 minutes until the top is browned and the cream and cheese are bubbling.