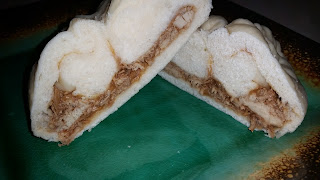 Remember that bamboo steamer I bought? Well I finally got around to using it.

These were one of the things I liked most in the Philippines when I was there. But I totally forgot about them until I was on pinterest one day looking for recipes. And I tried them months ago, they were super easy to make! I got the bread right, but the filling all wrong so I didn't love them. So I forgot about making them for a while. This week though, I had some left over BBQ in the fridge that I needed to use up so I decided to try again. I have to say I really liked them. I can't wait to make them again in the future. The soft, chewy, bouncy, and sweet bread is fantastic encasing the savory meat. It was even better though, when I mixed cinnamon, butter, nuts, and brown sugar and filled them with that. That one was even more amazing. I hope it catches on, it should be a thing.

The recipe at Panlasang Pinoy is what I use for the dough except I used coconut oil in place of the lard. Make sure and watch the video for the technique on how to pleat it to get the right shape. I did learn doing this that when you steam them they about double in size, so make them smaller than you this you want. 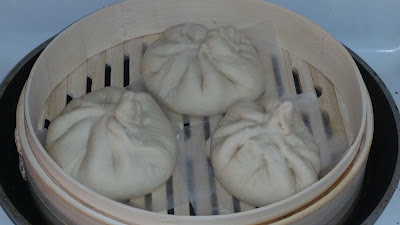 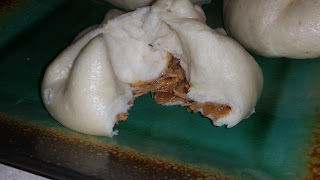