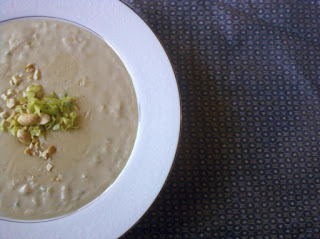 Colonial times and the American Revolution are some of my favorite topics. I love the era. I love the idea of the watching the Founding Fathers, some of the greatest men the country and world has ever seen, set up something of such worth and importance and the lengths they were willing to go to assure freedom. And also spending lots of time in Colonial Williamsburg has left me with a romanticized notion of the time I'm sure.
Also as a side note, when I first typed topics, I wrote toppings. 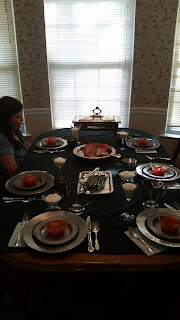 I've been a fan for a while of pewter plates. I have a mix and match of patterns but I loved how it looked on the table. All pretty and sparkly, different than the light china, but still elegant. The menu is a little interesting to plan since while there are unique period dishes, quite a few of them died out for a reason but others are stuff we eat every day. Everyone knows Virginia is for lovers, ham lovers. So we had ham. Asparagus is something they frequently showcase at the Governors mansion so we had that as well. The potatoes and fruit cup were just something that I wanted to eat with dinner.

The two things that are very iconic in Colonial cooking are Peanut soup and syllabub. Eating in the taverns in the historic section growing up was one of my favorite things. I loved the costumes, the furniture, the candlesticks and they black they left on the ceiling, the smoky smell, all of it was wonderful. But the  absolute best part for me was when I first had peanut soup. I though it was one of the tastiest things ever, an attitude that hasn't changed much today. 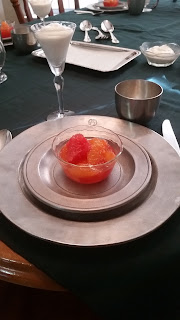 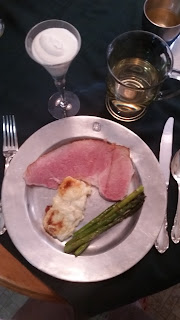 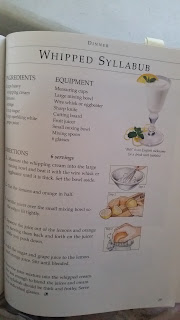 The whipped syllabub was something I had wanted to try for a long time. When you go in the period houses and kitchen they talk about the parties and what they ate. Some of the desserts that appears to have been fairly popular were the creams and jellies. Syllabub being among them.

Put all the ingredients in the bowl of a mixer and beat until fluffy. Place in serving dishes. If you want the separation of layers prepare the night before.

The Christmas Around the World Festival we did last week was actually the second one we have done. Last year we were studying the revolution as well, we did Colonial customs. So these are last years pictures. 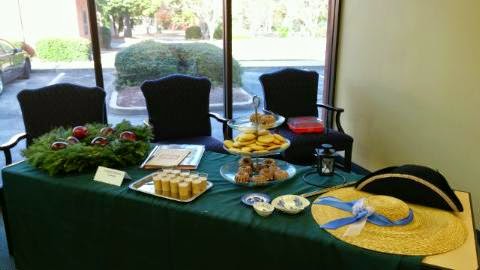 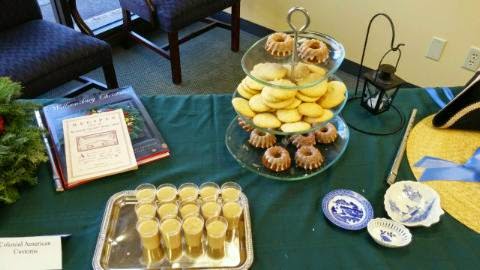 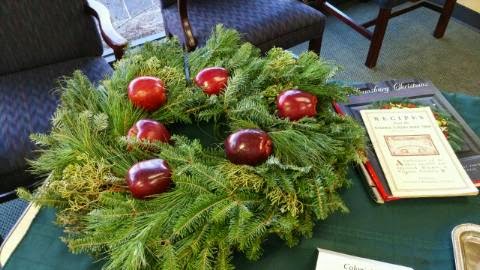 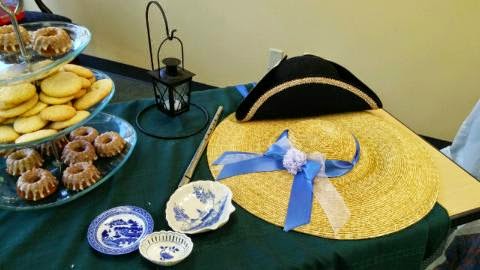 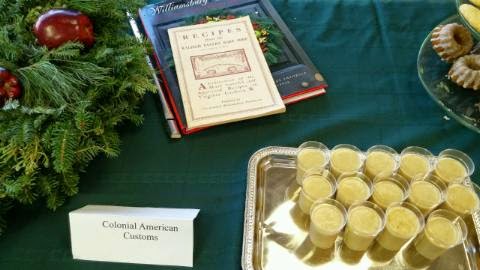 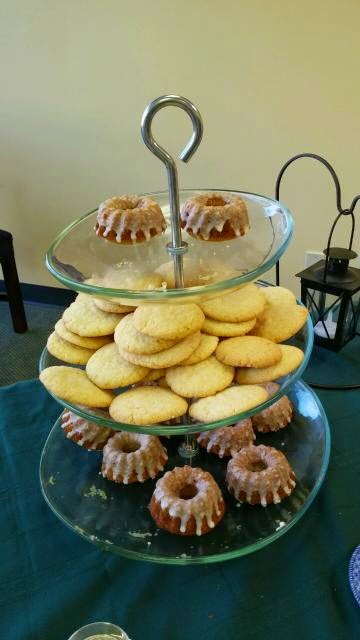 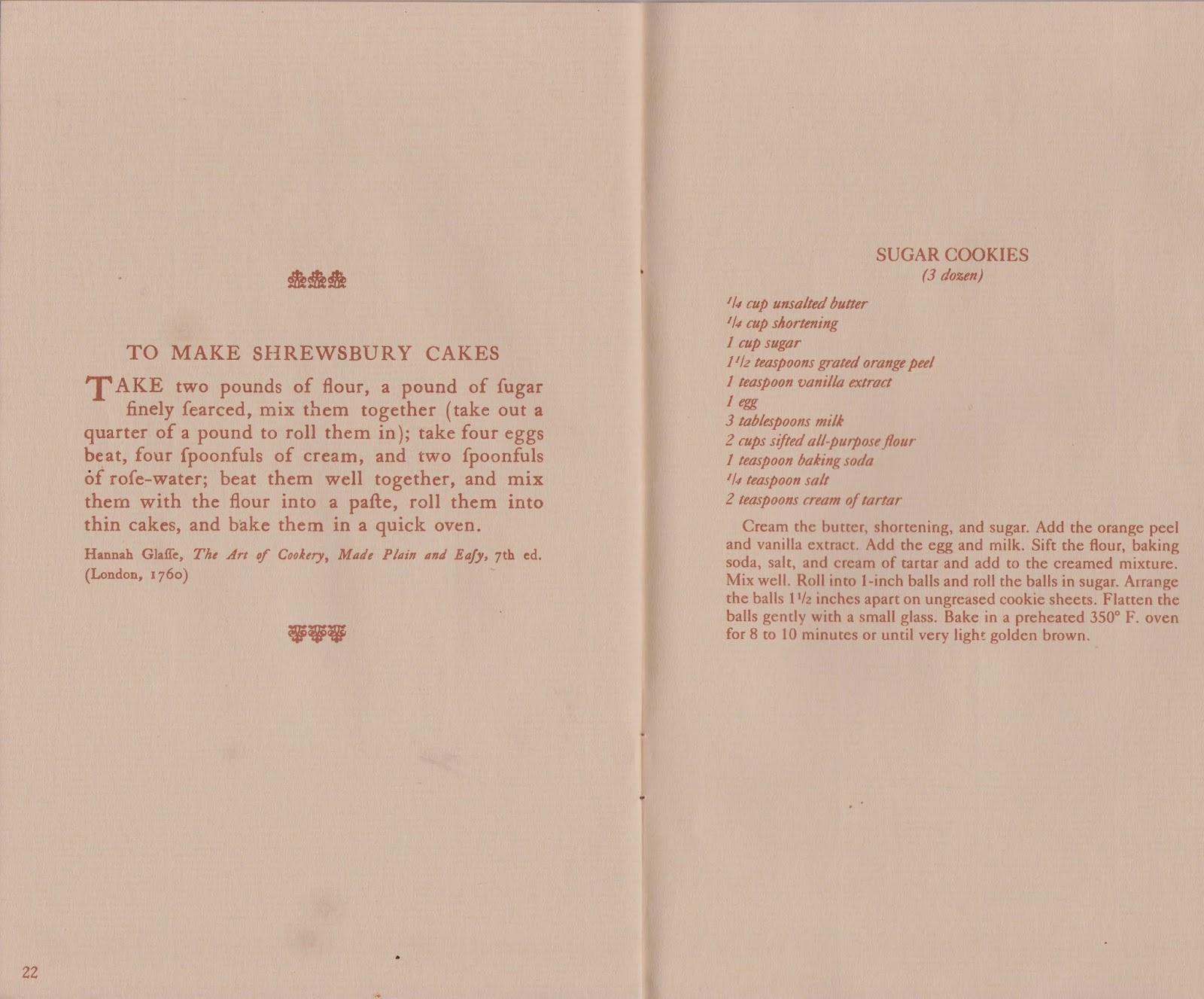 And I add a drop of rose water to my cookies 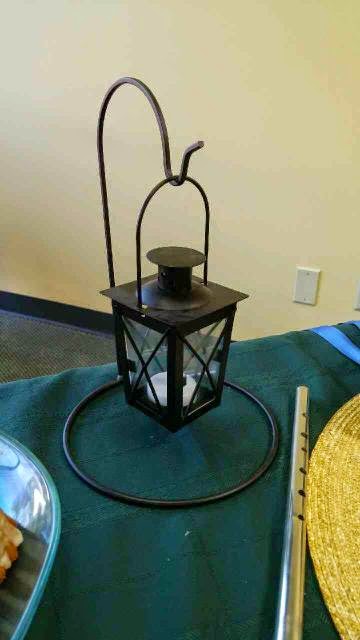