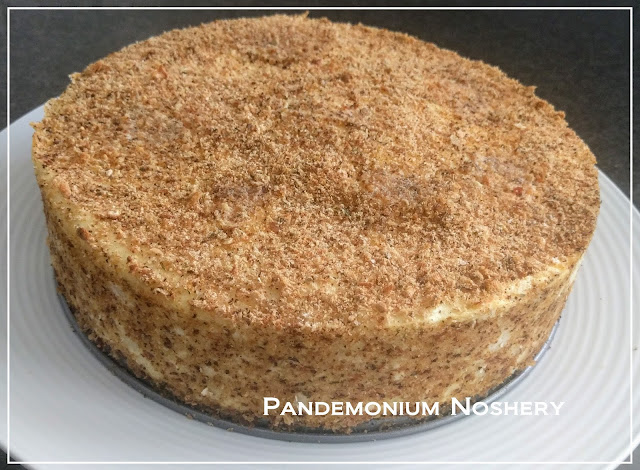 Gattò di patate is an Italian dish influenced by the French Bourbon rule of Naples in the mid-1700's to the late 1800's. For me in the future it will be influenced by the previous nights dinner, and will be used to revamp leftover mashed potatoes, though probably on a smaller scale than the 2 pounds worth.

I only had canned ham on hand which on it's own isn't all that great. I was able to make it pretty tasty though so I have included directions for that if that's what you too have on hand.

Cook the potatoes in salted water until completely tender. Drain and immediately add the green onions and butter. Mash until completely smooth. Add the Parmesan cheese, heavy cream, and salt and pepper. Taste for seasoning. Add the three eggs and mix completely.

Directions for canned ham - heat some oil in a small nonstick pan over medium high heat. Add the ham from the can whole, don't crumble it yet. Leave it there until the bottom is golden.  Then turn it over and cook on that side until golden there as well. Mash it some to break it up, I used my potato masher. Let the inside cook some and remove from the heat. When cool enough to handle chop it into small bits.

In a 9-inch spring-form pan grease generously with butter. Pour the bread crumbs in to the bottom of the pan. Tilt the pan to coat the sides making sure they are completely coated. Pour out the excess crumbs.

Bake at 350 for 30 minutes. If the crumbs on the top of the cake aren't golden turn the heat up for a few minutes to brown.

Remove from the over and let sit for 15 minutes before serving. 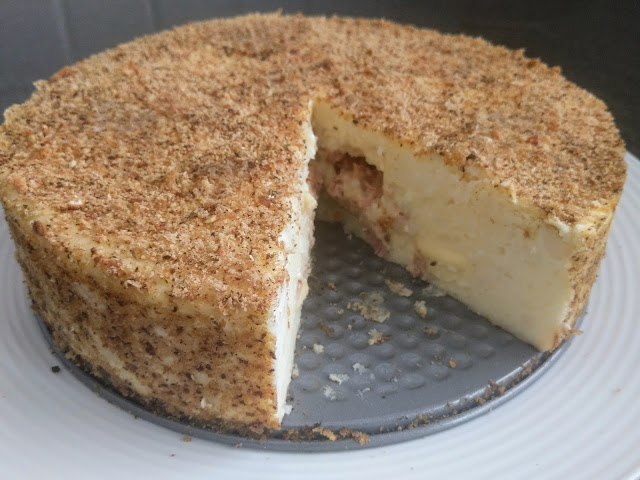