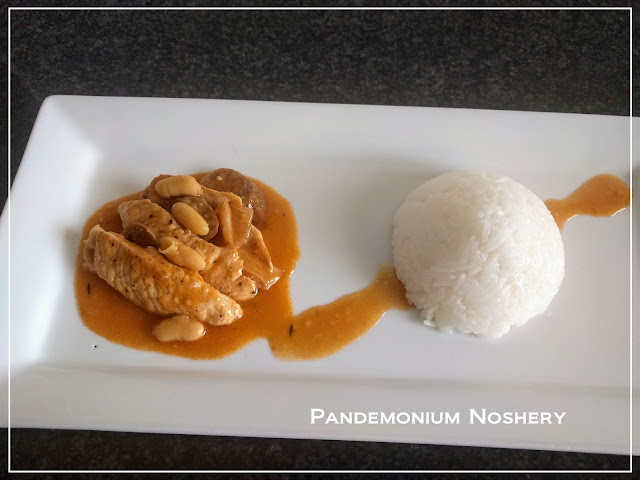 I was looking up a way to use up a small bag of white beans in my cabinet when I came across this recipe on Olivia's Cuisine. It was interesting to me because while being a Brazilian dish the author bring up the European influence of the dish. And it does remind me quite a bit of Hungarian paprikish, the sausage, lime, and poblano however make it distinctly Brazilian. That last one, the poblano, is something I saw on someone elses recipe for this.

I made it with what I had around which was chicken breast meat. I think next time I will make it with whole thighs that simmer in the sauce until they fall apart. Just like when I make gumbo I will remove and shred before returning the meat back to the pot. 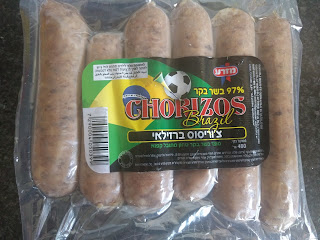 Rice to serve with

Heat some oil in the bottom of a cast iron, or other thick bottomed oven safe pot with a lid. Season the chicken with salt and pepper and drizzle with lime. I used the kind in the little squeeze bottles that look like a lime. Drizzle some over the sausage while you are at it. Sear the chicken on either side until browned. Work in batches as needed, removing the chicken to a plate, until all the chicken is browned.

Add the sausage, whole, and sear until it's also browned on either side. Remove it too and add the onion, garlic, and poblano to the pot. If it's dry add some more oil to cook the onions in. Stir in the paprika and tomato paste and cook for a few minutes to incorporate and cook a bit. I like to use the tomato paste in the tube. I don't have to find a use for the rest of the can and it doesn't taste metallic.

Stir in the chicken stock. I had planned on using the leftover homemade stock from several chickens I roasted with company a few days ago, but I forgot I was saving it and made carrot soup yesterday. So I can vouch for bouillon working just as well in this. There are so many other flavors it's fine.

Add the bay leaves, thyme sprigs, the chicken, sausage still whole, and the white beans. Place the lid on the cast iron pot and cook at 350 for 60 minutes.

Remove the pot from the oven and remove the chicken thighs and sausage. Whisk together the flour and enough water to form a thin, smooth, paste. Heat the pot on the stove until bubbly and stir in the roux. If you have this ready just as it come out of the oven and the liquid is still pipping hot you won't need to put it on the stove, just stir it in and keep stirring until the sauce is thickened.

When the meats are cool enough to handle shred the chicken and return to the sauce. If the casing on the sausage is falling off like it was on mine remove it. It does pull of the browned bit but after cooking in the liquid so long you aren't going to lose any of the flavor. Sliced and return to the pan. Remove the bay leaves and thyme springs, give it a quick stir to make sure it's mixed, and you are ready to eat. 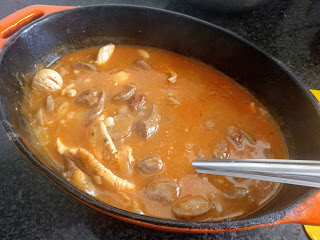