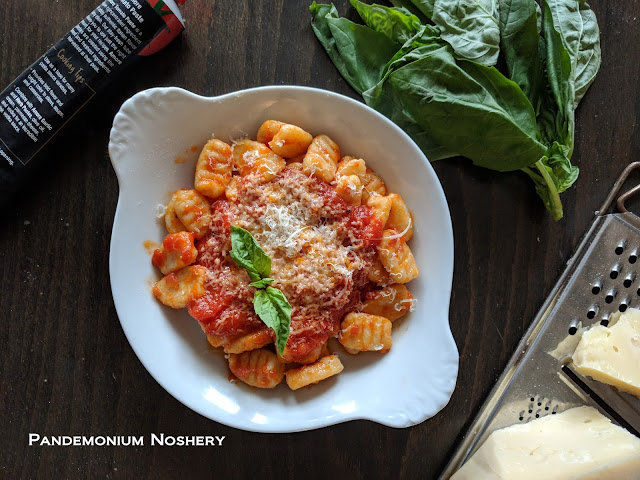 Gnocchi used to be my nemesis. Trying to get the potato dumplings to not have the texture of lead dumplings wasn't working. That was until I learned that some gnoochi can be made with ricotta cheese instead. And that it creates a light airy dumpling that is delicious.

The next step was to realize that they expand quite a bit when boiled. So the first time I made them gnocchi sized and when I boiled them they were huge. So make them about half the size you want them in the end.

Mix together the ricotta, grated manchego, eggs, flour, salt, nutmeg, and pepper until smooth. Dump out of a flat surface and knead slightly until no longer sticky adding flour as needed.

Break in to 8 pieces. Roll each piece in to a 1/2 inch log. Cut at 3/4 in intervals and flatten each piece slightly with a fork.

Place 1/8 of the formed gnocchi at a time in to the boiling water. Stir once to make sure they don't stick to the bottom. They cook quickly. Once they float to the top let them cook 30 seconds more and use a slotted spoon to remove to a bowl.

Toss immediately with a little of whatever sauce you are using to prevent sticking. 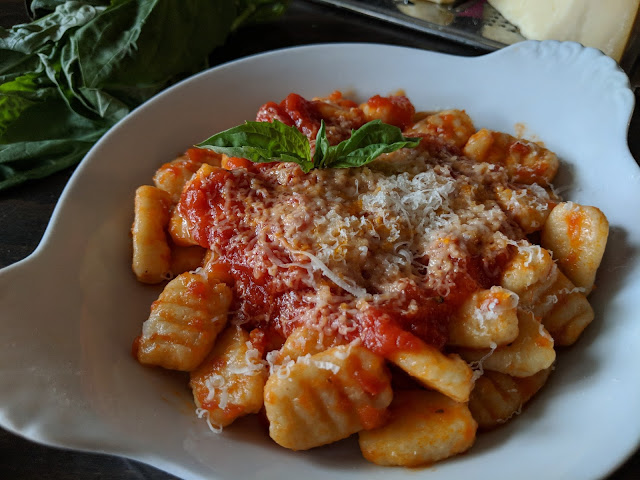