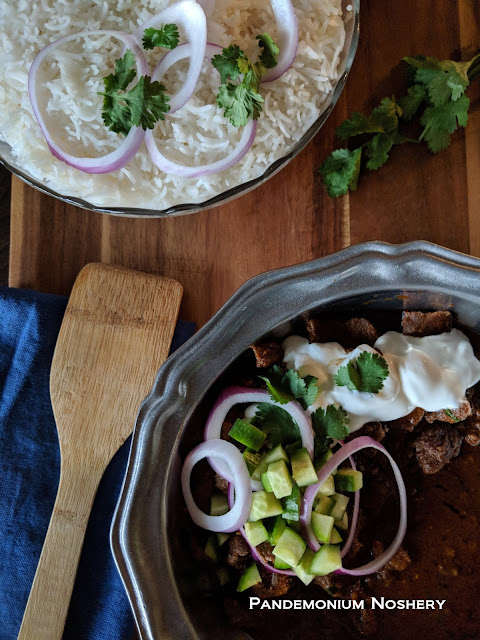 Last month I was privileged to attend an India Night celebration the a local University. I'm going to be completely honest and say up front I went for the food. Indian in not something you can get in this small town. However there was some culture involved too which I also enjoy. The event started with a beautiful prayer sung in Hindi, followed by dinner, and then Aarti Sequeira spoke of her life growing up Indian in Dubai. 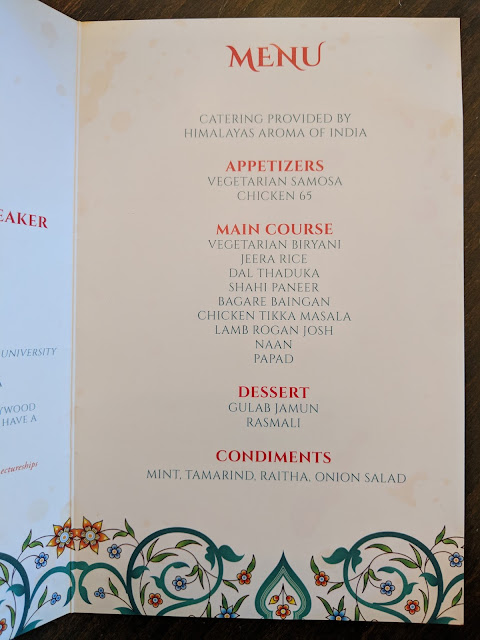 The food was amazing All of it. My favorite however, and wheat I went back for was a plate of rice, topped with Rogan Josh, raitha, and onion salad. An amazing combination. It was also one of the recipes Aarti spoke about. In he book she calls it Birthday curry, AKA Rogan Josh, she said it was what she requested each year for her birthday. 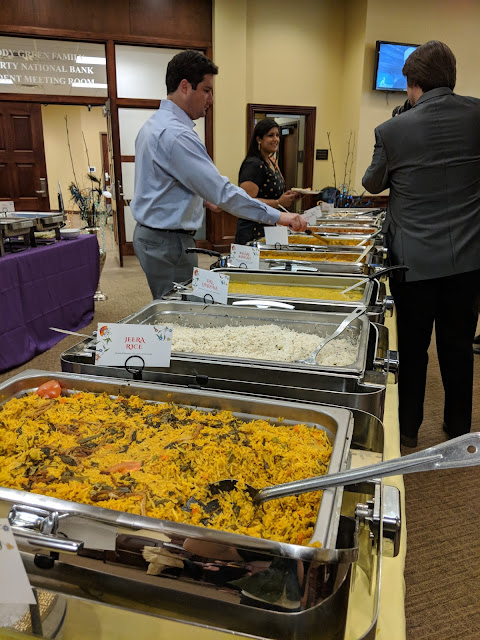 My birthday isn't for a while so I made it for Easter instead. I even splurged on local lamb at the farmers market. Which was delicious, so tender and with a lot of flavor. However the curry itself has quite a bit of flavor from an abundance of spices so I think for the mot part I will make this with stew beef because it's much cheaper. But special occasions will still get the lamb.

Rice and raita to serve

Combine the spices, from the coriander to the red pepper flakes.

In a cast iron pot heat the butter or ghee. Sprinkle whichever meat you are using with salt. When the butter is sizzling in the pan add the meat in small batches, making sure not to crowd the pan. Brown the meat on two sides and remove from the pan. Repeat with remaining batches until all the meat is browned.

Return the meat and drippings to the pan and reduce the heat to medium. Add the garlic, ginger, and spices to the pan with the meat. Cook, stirring, to coat the meat and cook the spices. If the meat starts to stick add a tablespoon or to of water to release it.

Stir in the yogurt a quarter cup at a time. Stir between each addition. Add the water and pinch of sugar.

Cover, reduce the heat to medium low, and let simmer for 1 - 1 1/2 hours until the meat is tender.

Remove from the heat and stir in the cilantro. Serve with rice and raita or plain yogurt. 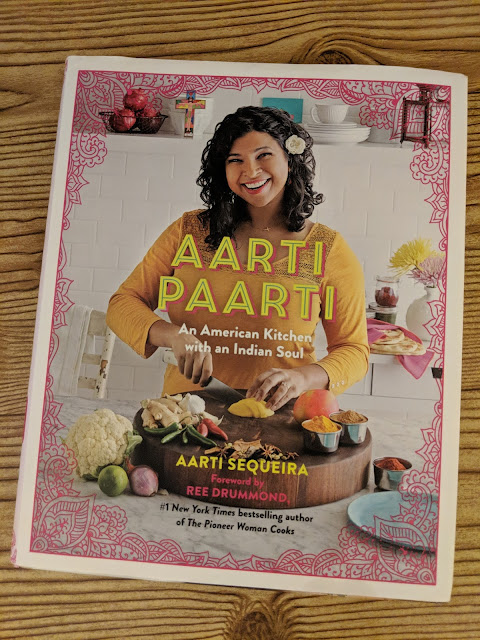