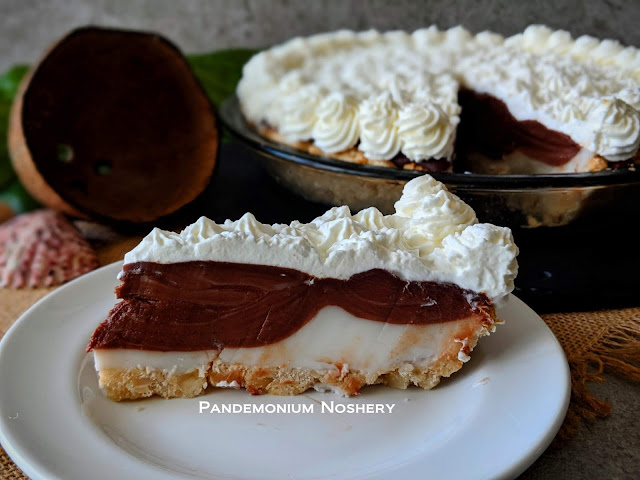 Haupia is a classic Hawaiian dessert, chocolate haupia pie is no less prevalent at luau's. The creamy coconutty treat is amped up with chocolate, whipped cream, and a macadamia nut crust.

Combine the coconut milk, sugar, and 1 cup of the milk. Bring to a gentle boil. Meanwhile combine the remaining milk and cornstarch and whisk until smooth. Whisk the extracts and the cornstarch mixture in to the boiling coconut milk and keep cooking until thick.

Pour a little over half of the mixture in to the prepared crust.

Pour the other half of the mixture over the chocolate chips and stir until combined. Gently spoon over the coconut layer in the crust and chill until cool.

Combine the cream, pudding mix, and sugar and whip until stiff peaks form. Pipe over the top of the chilled pie and serve immediately.