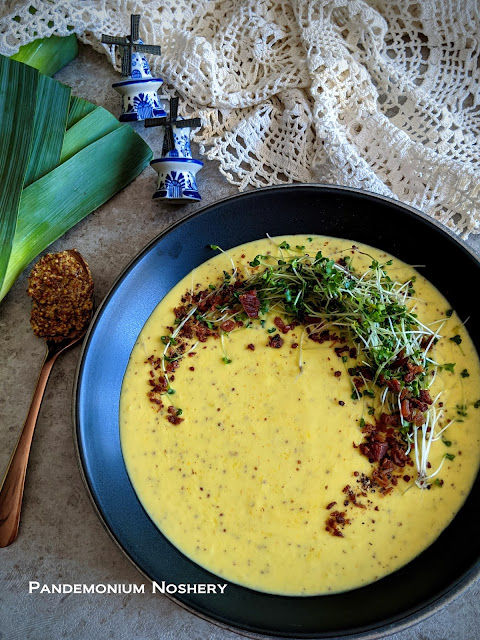 It's my favorite time of the month!! That's right, today's post is for Eat the World Recipe challenge. This month we are visiting the Netherlands. To start off with a quick lesson in terminology. In the US frequently I see the terms Holland and Netherlands used interchangeably, however the proper name of the country is Netherlands. Holland refers to two different provinces in the Netherlands. Dutch refers to the people that live in the Netherlands. So, now that we have that all figured out, lets move on to the food. Because it's delicious and less confusing. 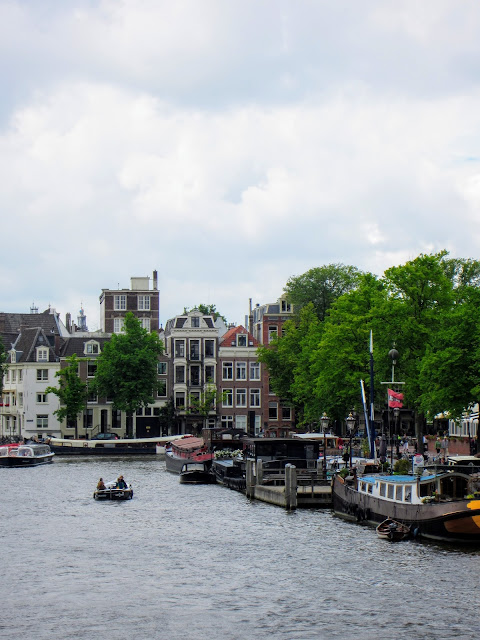 I knew very little about the food of the Netherlands before this. Sure, I had made a semi-authentic version of stroopwafles (I  turned them in to ice cream sandwiches), and tried one other dish, called hutspot that I highly recommend. But it was such a small look at the cuisine. I had so much fun researching what I was going to make, I had so many delicious recipes I couldn't wait to try. First there was the bitterballen, like a croquette but with beef and gravy and a perfectly crisp, fried, exterior. Then there was stamppot, greens and mashed potatoes topped with fried rookwurst. Then there was the gouda and sauerkraut soup that was also well loved. When I was talking to a friend that spent a few years in the Netherlands she said I had to try "vla" a popular Dutch dessert. So check back tomorrow for my post on that too!!

Picture BTW are courtesy of my sister, who has been to the Netherlands. The top picture is of a canal in Amsterdam. Did you know Amsterdam has 165 canals that account for over 60 miles? Now they are mostly a tourist attraction but originally they were for disposing of trash and sewage and for transportation. The bottom picture is of a windmill from Zaanse Schans, just north of Amsterdam. The Netherlands have over 1,000 windmills. These too are mostly tourist attractions now, but originally they were for grinding grain.

Check out all the wonderful Dutch dishes prepared by fellow Eat the World members and share with #eattheworld. Click here to find out how to join and have fun exploring a country a month in the kitchen with us! 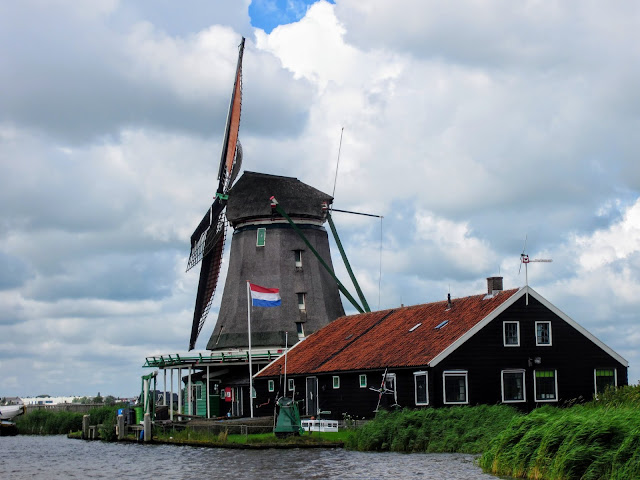 Zaanse Schans
Mustard Soup Recipe
6 strips bacon
3 leeks
2 clove garlic, minced
4 c. chicken broth
1 c. heavy cream
2 tbsp. grainy mustard
1 tbsp. Dijon mustard
2 Tbsp. cornstarch
Dark crusty bread
Micro greens, crumbled bacon, crush black pepper
Heat the bacon in a soup pot over medium-high heat. Cook until browned and crisp. Remove from the pan and leave the drippings.
Meanwhile trim the root and greens from the leek and rinse really well to remove all grit. Chop into ribbons. Add the leek to the bacon renderings and cook, stirring, for 5 minutes. Add the garlic and cook 1 minute longer.
Add the broth and mustard(s) to the pot and simmer for 10 - 15 minutes or until the leeks are completely cooked.
Pour the leek and mustard broth in to a blender and blend until smooth. Add the soup back to the pan and add the cream and bring to a gentle simmer. Mix the cornstarch with and equal amount of water until smooth and mix in to the simmering soup. Stir until thick
Serve with dark crusty bread, micro greens, reserved bacon, and black pepper.
------------------------
Check out previous #Eat the World contributions!
Labels: Gluten Free Group Blogging Challenge Netherlands Soup/Stew