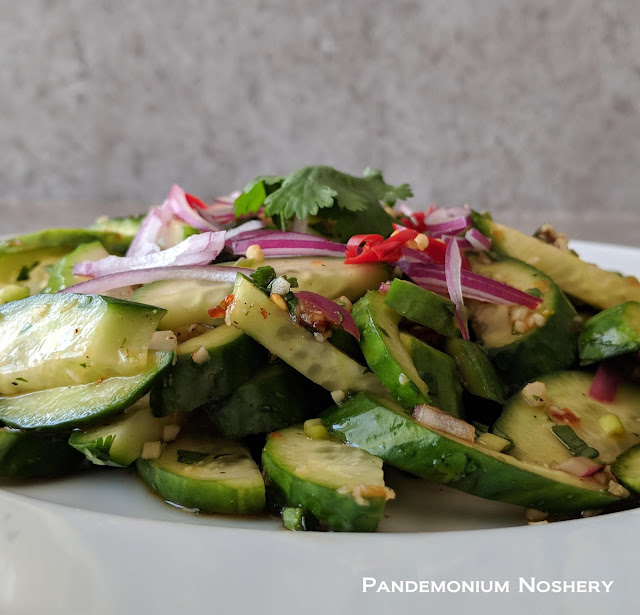 I was all set to make a delicious Vietnamese themed dinner last Sunday but as I was getting the cucumbers out of the fridge I realized they were in no condition to be eaten. That ship had sailed. And so with the dressing already mixed and the kids expecting to be fed I took the dressing and tossed it with some romaine and served it that was. It was Vietnamese, ish? Right? And as luck would have it, and because my kids have grown up eating a variety of my culinary experiments, they loved it.

And so later that same week with the memory of the tangy and delicious salad on my mind and some newly acquired cucumbers I decided to try it the right way. You should too.

Cut the cucumber in half and slice at an angle. If there are very large seeds in the middle remove them before slicing.