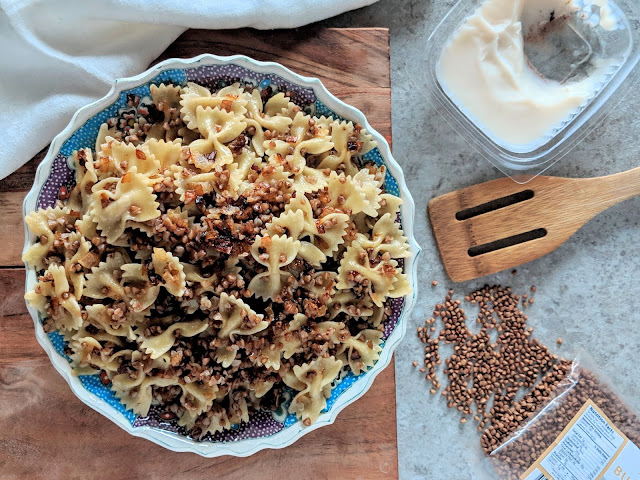 In a small pot combine the kasha, egg, and a pinch of salt. Cook, stirring, until the pasta is toasted and the egg is mostly set. Add 3/4 cups of water. bring to a boil, reduce the heat, and cover. Simmer gently until the kasha is tender and liquid is absorbed. Fluff with a fork and set aside.

Cook the pasta in light salted water according to package directions. Drain.

Toss the pasta and kasha in the skillet with the caramelized onions and toss to coat. Taste for seasoning and add salt and pepper as needed.