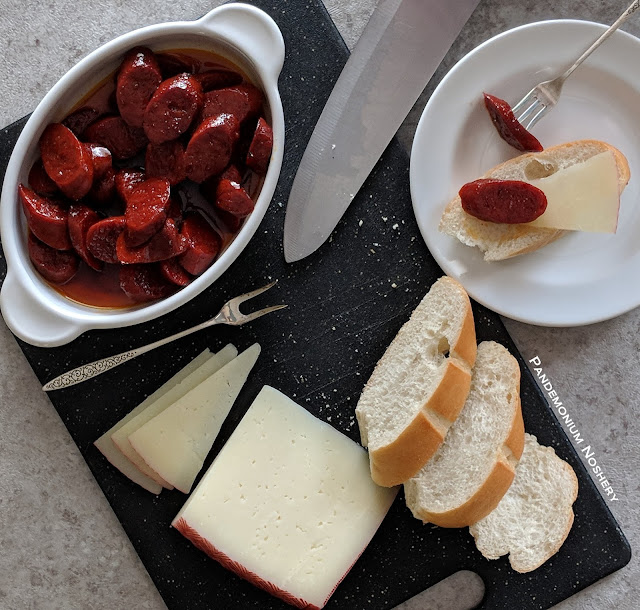 Spanish and Mexican chorizo are almost completely different ingredients. Mexican chorizo is a raw meat sausage while the Spanish version is smoked. This recipe you want the Spanish kind, almost chewy in texture, the flavor is amazing with the sweet cider reduces around it.

Heat the olive oil in a small pot, not a pan.

Remove the casing and slice the sausage and add to the pot with the olive oil. Cook for 4-5 minutes.

Turn the heat up as high as it will go and add the vinegar. Allow to reduce for a few minutes until the liquid is almost evaporated and add the cider. Reduce the heat to medium. Simmer until the cider is reduced and a sticky glaze around the sausage.

For the sake of photography I made this earlier in the day when it was light and then rewarmed later for my party and the texture wasn't as good. Everyone loved it, but I noticed it was slightly tougher. 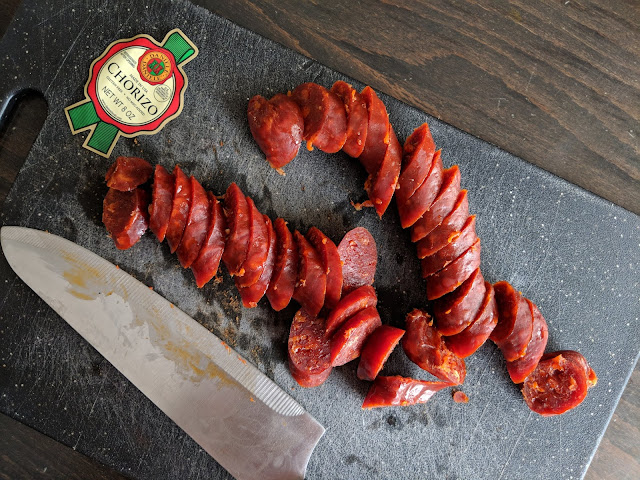