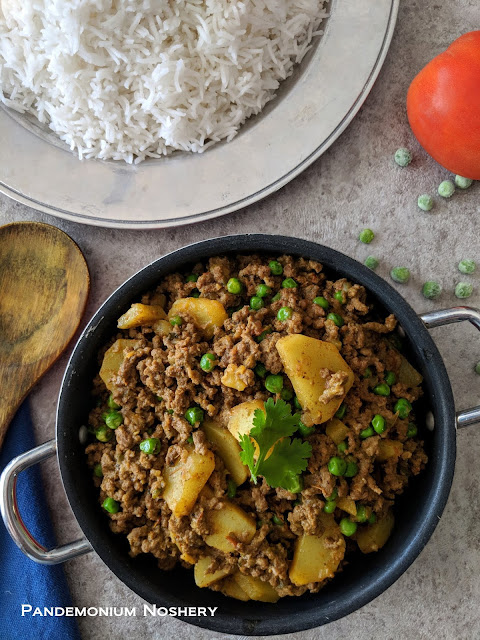 In my tiny town, that is slightly bigger than my previous tiny town, but not by much, there are only a few ethnic restaurants. The best and my favorite is a Pakistani restaurant that is amazing. The first time I went in there I got the alookeema and loved it. I've been back several times in the last few months to try more of their menu.

I love this because while it is delicious and the spice is warming and complex, it's actually really simple to make, easy enough for a week night. I serve with rice and a side salad or fruit and call it dinner.

Heat the oil over medium high heat. Add the onion and cook just until translucent. Reduce the heat and keep cooking, only stirring occasionally, until caramelized.

Add the ground beef, garlic, and ginger and saute until no longer pink. Add the tomatoes and sauce until broken up, about 5 minutes. Without draining, add the water, cilantro, coriander, salt, cumin, turmeric, anise, pepper and tomatoes. Cover and simmer for 20 minutes.

Remove the lid and stir in the potatoes. Cover and cook, sitting occasionally so they don't stick, until the potatoes are tender.

Stir in the peas and cook another 5 minutes or until the peas are hot. Remove the star anise pod and serve. 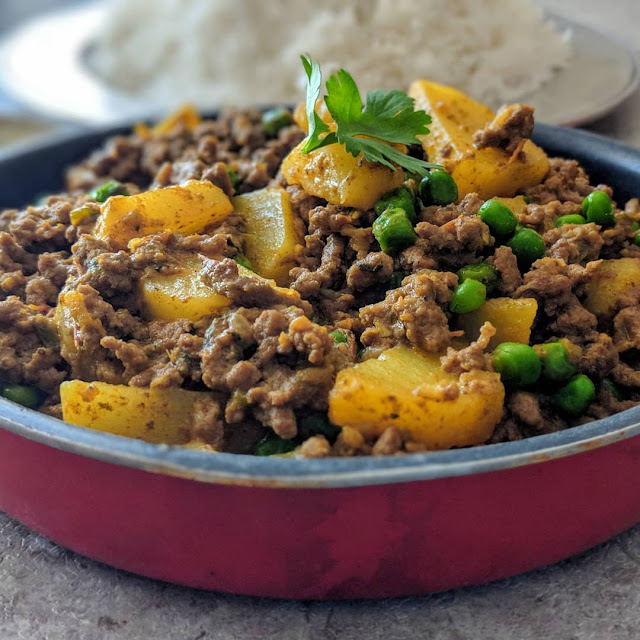