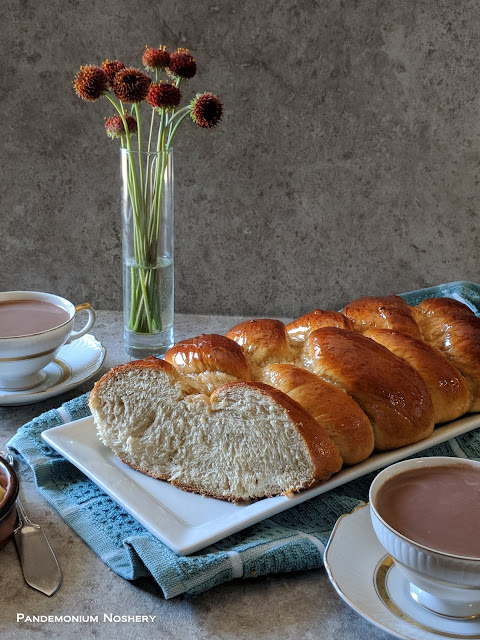 Of all the things I have made the last three years, I think this is in the top five. And the one I currently make most often, my kids seem to think they should have a constant supply.

Pulla is a Finnish bread deliciously spiced with cardamom and honey. Looking through a lot of recipes some have nuts, some have a strudel, some a glaze. The one however is topped with a lovely honey vanilla glaze that accents it perfectly.

This particular recipe is an old family recipe of a friend. Which is why I'm not posting the recipe here, you can head of to the Ranilla Kitchen and Bakery for the history of her pulla bread and recipe.

The only change I make to the bread is instead of 2 eggs I use 2 1/2. I only do this because the glaze doesn't use a whole egg and so then I use it up and it doesn't go to waste. Crack the egg, whisk it really well without water and then pour half in the milk and set half aside for the egg wash before baking. Taste and texture wise it really doesn't make a difference.

This also can be made in a breadmaker. I made it the first several times by hand and then tried it in the breadmaker and that worked wonderfully as well. 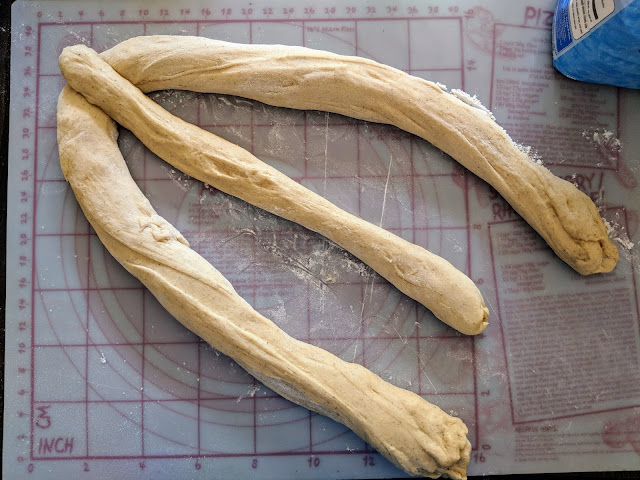 This is how I bread the bread. I have found this holds the pieces on the end together really well without it effecting the shape of the loaf. I cut a third of it off the side for the middle section and then cut the other piece in half leaving it attached about an inch and then pull it flat and roll it out. At the end of the braid if I run out of one piece but still have two left I cut them off to fit and form them in to mini pulla. They make great gifts for the neighbors. 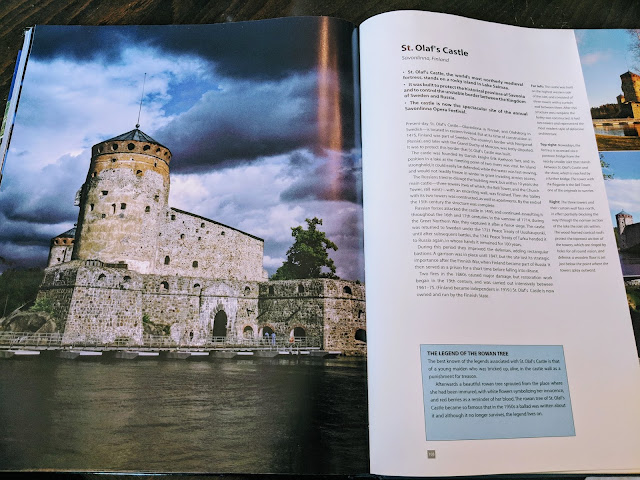 Did you know Finland was home to St. Olaf's castle? It is the world most northerly medieval fortress.
Labels: Finland Vegetarian