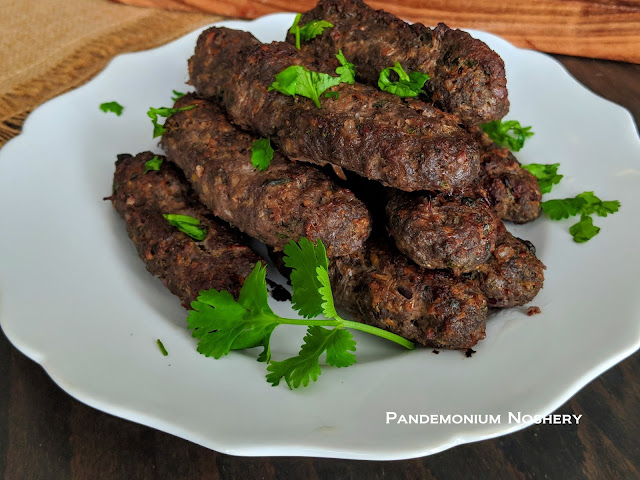 Though Kofte is traditionally cooked on a grill I don't have one so I made so with inside cooking methods I preferred the stove to the oven but both are good. These are usually served in a pita with lettuce and garlic sauce on along side rice.

In a food processor pulse the garlic a few times until it is minced. Add the onion, cilantro, and parsley. Run until the onion and herbs are chopped fine.

In a large bowl mix the beef, lamb, onion and herb mix, and all of the spices. Mix well to combine and then continue mixing by hand for 5 minutes.

Form the meat in to 2 dozen logs.

On the stove. Heat a large nonstick skillet with a little oil and add the kofte turning slightly to brown the outside. Keep turning until the entire outside is browned, the inside should be cooked by that point.

In the oven. Pre-heat the oven to 425. Place kofte on a pan and bake for 20 minutes. Turn the oven to broil and broil for 5 minutes until browned.