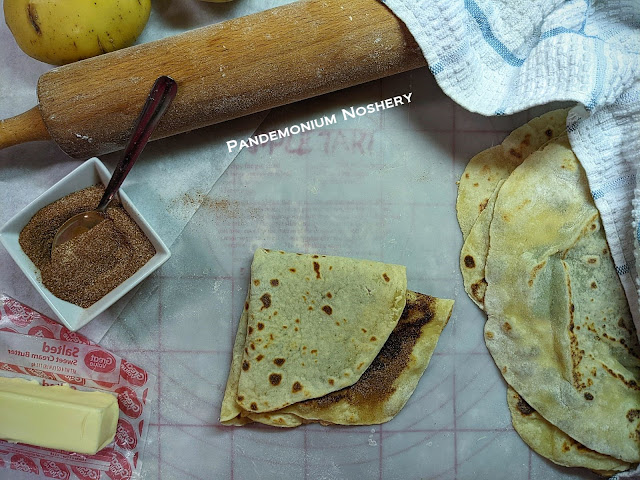 Lefse, pronounced "lehf-suh" is a Scandinavian tradition. It's a flatbread made of both flour and potatoes making it dense and sturdy without making it tough, it's also really easy to work with during the rolling process.
The potato famine in the mid-1800s, the same one that infamously plaguedf Ireland, affected the far north just as much. Like in Ireland, people left in vast numbers. And those people? They settled in large numbers in the northern United States where lefse is now also a staple.
How did I end up making this? I had company for dinner and we had a ton of mashed potatoes leftover so I looked and looked for creative ways to use them up. I have been eyeing Scottish potato scones, and lots of the northern European countries have a potato pancake like thing, but they all also use grated potato. So then I found this recipe and was pretty curious about them. They looked simple and I didn't have anything Norwegian in the archives yet so I tried it. I kept looking and it seems like it's pretty consistently made thought all three Scandinavian countries. They are both simple and delicious. I was a little worried about my potatoes since I used red potatoes I didn't peel them but it wasn't a problem at all.
After looking at a million recipes online I came to the conclusion that a little milk and butter in the potatoes is a good thing unlike gnocchi or tourtiere. And then use about half as much flour as potatoes. Roll it out thin cook over fairly high heat in a nonstick pan, and then roll up and enjoy! 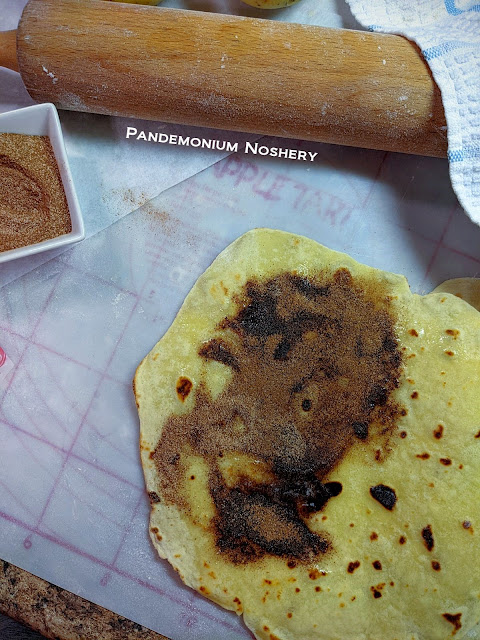 Lefse Recipe
3 c. mashed potatoes
1 1/2 c. flour
1/2 tsp. salt
2 tsp. sugar
Butter and cinnamon sugar to serve
Place the potatoes in a fine mesh strainer. Using a wooden spoon press the potatoes through the strainer so they are light and fluffy and well broken up. Gently press the potatoes into a large measuring cup until you have three cups worth of potatoes.
In a stand mixer combine the potatoes, the flour, and the salt and sugar. use the paddle attachment to mix. At first it will look like too much flour but keep mixing. It will eventually mix in and form a smooth dough.
Remove the dough from the mixer and divide into 10 balls. Pat each piece into flat disks and set aside. Work on a pastry mat with parchment on top or between two pieces of parchment paper. Make sure the dough disk and the parchment paper is well dusted with flour. Roll the dough until it is as thin as a tortilla.
Place in a pre-heat, dry, skillet and cook on both sides until golden spots form and it is bubbly. remove from the pan and keep warm.
Serve with butter and cinnamon sugar. 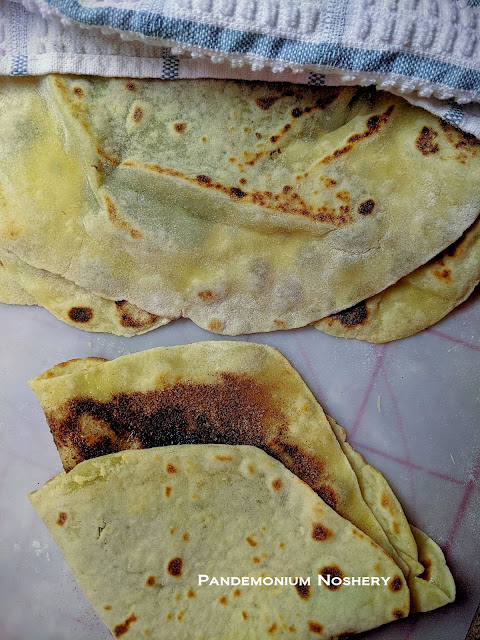 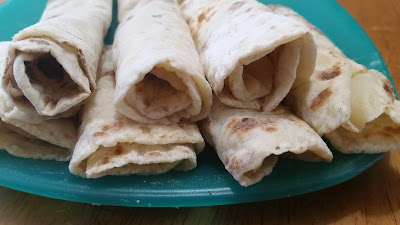