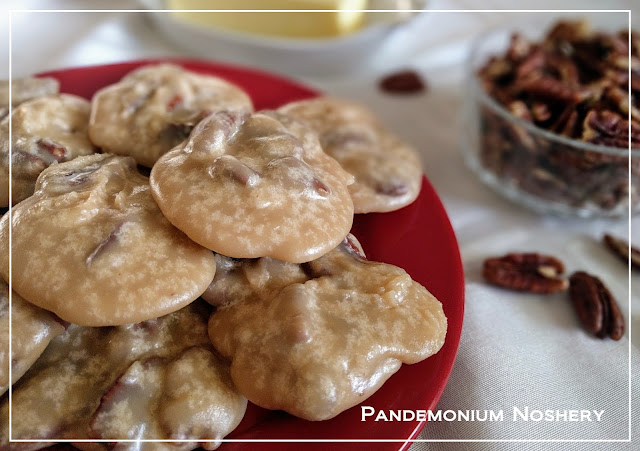 The south is known for this iconic candy. In Savannah they call them "pray-leans" where as in New Orleans they call them "praw-leans". I have a friend that is a local who calls them, erroneously, as most Georgians do "pray leans". And when I, tongue in cheek, corrected her she said that they didn't know how to say things in NOLA because they have a heavy french influence. But pralines actually are French in origin so I have to go with "praw-lean".

Tip for the pecans. Taste your pecans, if they are soft or chewy at all toast them a little before adding to the sugar mixture at the end. If they are fresh you won't need to.

Heat the brown sugar, white sugar, unsalted butter, heavy cream, milk, and pinch of salt in a large thick bottomed pot over medium heat. Stirring constantly, keep cooking until it reaches just about the soft ball stage at 239. I like to stop a degree or two short of soft ball.

Remove from the heat and immediately add the vanilla and the pecans. Keep stirring. The sugar mixture will go from a shiny liquid to cloudy and thick. When thee mixture starts to thicken but before it gets stiff spoon it out on to a parchment lined pan. Work quickly, once it starts to cool it sets pretty fast. This should make 14 but I usually get 12 good ones before it's too thick and then the last two aren't as pretty. I eat those. 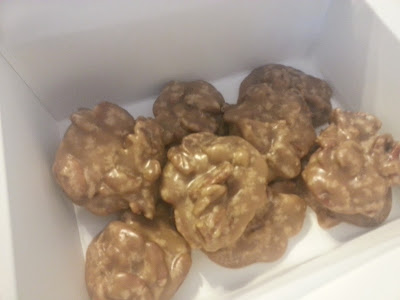