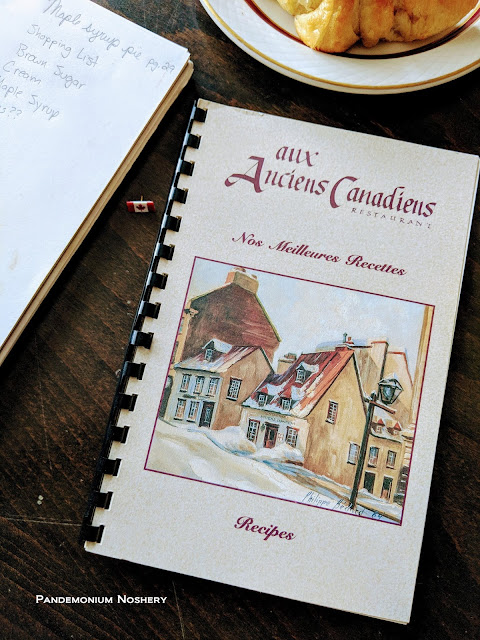 Other people by now have figured out my love of cooking and sometimes they do more in the way of helping than just volunteer as taste testers. My parents are currently wandering minstrels, without the music portion of that. One of their wanderings took them up through Canada. I'd assume HusbandMans Canadian heritage also influenced the gift, but what they brought me was a cookbook, I think from a restaurant they ate at while there.

My first though upon opening the book, as you can see from the tourtiere recipe in the picture on the left, is that it is in French. So I though I was going to have to have the French speaking HusbandMan translate all recipe for me, but as it turns out, and as you can see on the right, they have the entire book in both French and English. The English is just in the back. And I can't wait to try both the pea soup, and the turnip soup. Since it turns out (I learned this on Hogmanay last year) we all love turnips. 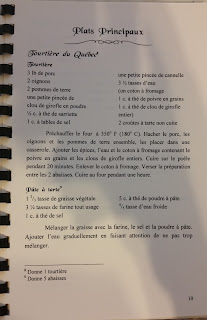 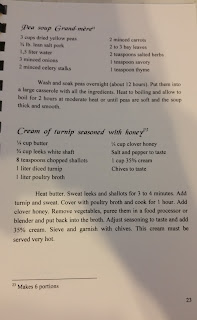 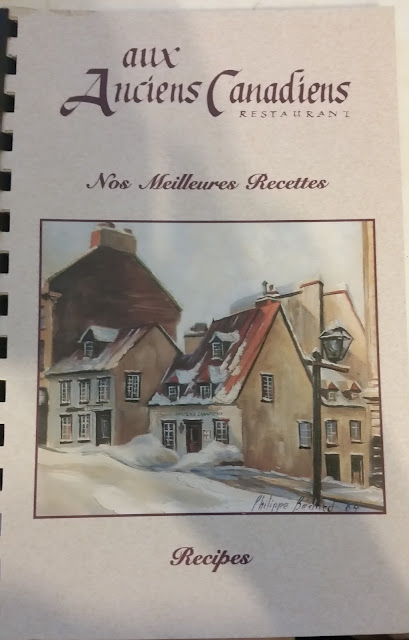