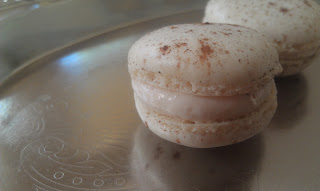 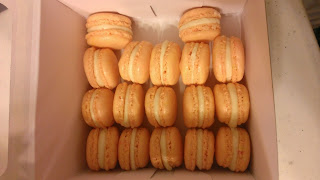 I have heard tales of the delicious and elusive macaron for quite a while now, but never tasted the treat until a family member went over seas and brought me some Luxemburgerli, hours old, from Switzerland. They were tiny, cute, amazing little treats, smaller the French version. I put them in the fridge to keep and then over the course of the day snuck most of them myself.
Unfortunately they are hard to get right. at home, though I have tried multiple times. They turn out tasty and delicious, but not the same. I have managed to get the feet on them, no small fete. Pun intended. So these are some of my attempts. I still can only get them to look right about half the time, and then the texture isn't quite right. They taste good, but they aren't the same. 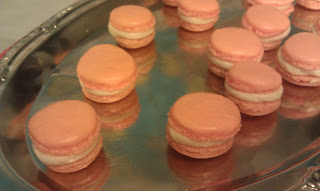 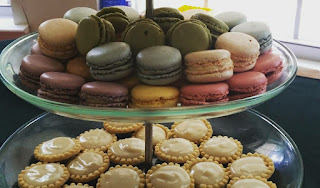 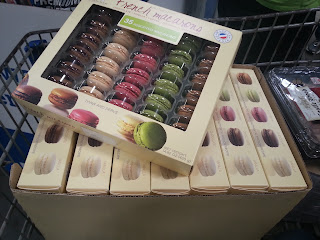 There is also this little remnant from my trip to NYC 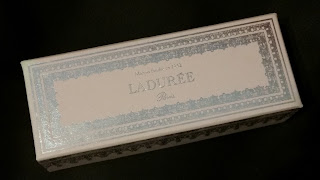 Almost forgot, Papilotte in Savannah has really good ones and there were several places in Charleston as well but I don't remember the names.