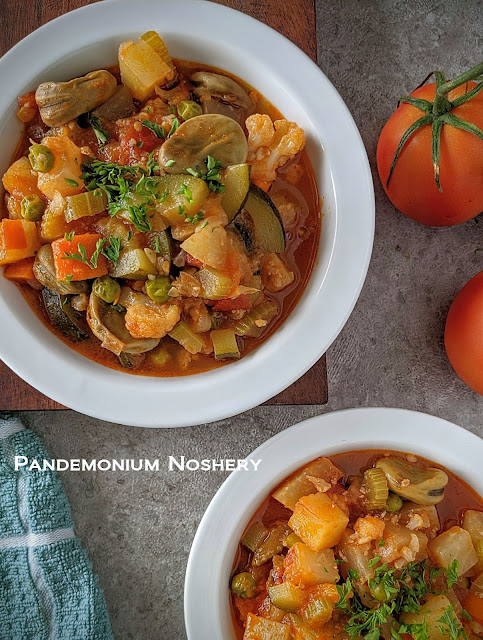 It's the 10th y'all and you know what that means!! It's time to show off what we ate for Eat the World. this month we went to Malta. This was new for me and an absolute delight. I loved everything about this challenge. The food looked delicious, the history looked interesting, and the landscape was breathtaking. So I want to break each of those down for a minute.

The history of the island is long and fascinating. There are early Neolithic temples whose remains are considered a world heritage site. Following that several other civilizations were known to have an impact on the island. It is believed that around 60AD the apostle Paul traveled to Malta and established Christianity there. Almost 800 years later control of the island was in Arab hands and they left a distinct mark on the island. Eventually, in 1798 Napoleon took control of the Island and was there for a short 2 years until the British took over. They stayed for 164 years. During WWII the island was of great importance as a stop-over for supplies and medical needs. On the 21st of September, they were declared independent, it is still part of the Commonwealth as a republic.

So what is that republic like? It's an island of only 122 square miles, making it a sixth the size of Rhode Island. It's also one of the most densely populated. Being an island it has lots of coastline with rugged cliffs surrounded by stunningly vibrant clear blue water. On the island, they grow lots of potatoes and citrus. Despite its small size Malta is fairly self-sustaining with food production.

The food was fun, there were so many really excellent-looking recipes I had to add to my list of things to try. It was very Mediterranean in style with an abundance of vegetables and fresh flavors. Most of the recipes I looked at had quite a few vegetables. A lot of dishes relied on the bulky ingredients for flavors and didn't include the usual long list of seasonings typical in other cuisines in the region.

Check out all the wonderful Maltese dishes prepared by fellow Eat the World members and share with #eattheworld. Click here to find out how to join and have fun exploring a country a month in the kitchen with us!