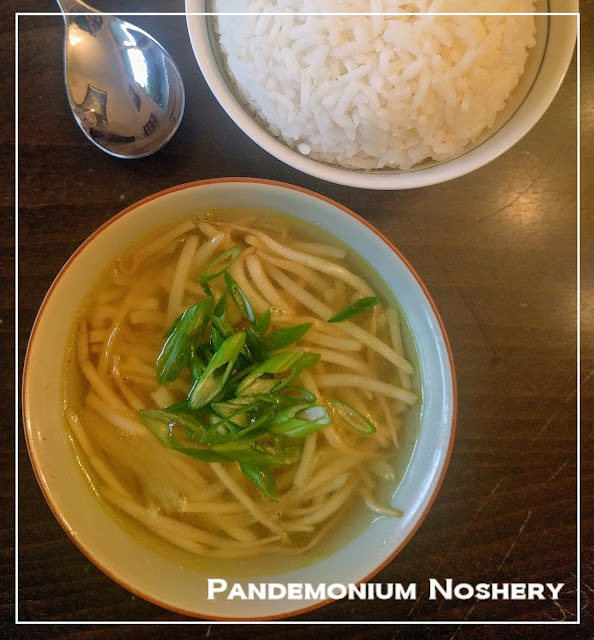 Last week I updated my bibimbap post from 2015. We hosted company that was unfarmiliar with Korean food so I really wanted to showcase the dish with lots of delicious bonchon. Bean sprouts are one of my favorites so they were a must. The sprouts however come in a really large bag, way more than was needed. Afterwards I had them nicely sitting in the fridge waiting to be used up. They don't last long though so as soon as Christmas was over I looked for a way to prepare them. This soup was perfect as a nice light lunch after a day of candy and treats.

My recipe uses mung bean sprouts instead of the traditional soy bean. Usually they are easier to find and we prefer the flavor. A few changes in the cooking method reflect that. First, mung beans cook faster, boiling for 15 minutes makes them soggy so I add them at the end. Second, I can't eat either anchovies or seaweed so I added a little bit of chicken bouillon to accent the broth but not enough to overwhelm it and have it take over. Soy makes up for the salt difference.

Bring the water water to a boil and add the bouillon, garlic, onion, soy sauce, and sesame oil. Simmer until the bouillon is dissolved. Add the bean sprouts and reduce the heat to medium low. Keep cooking until the sprouts are cooked how you like them. We like them a little bit crisp tender but if you prefer softer keep cooking. Add the green onions and serve with rice.