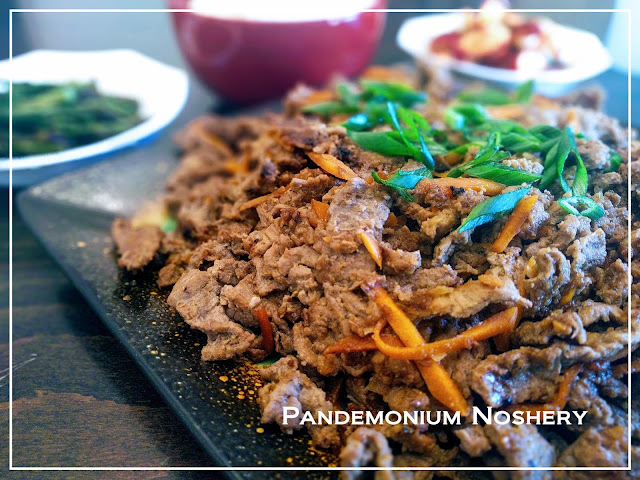 Bulgogi is one of the first Korean recipe I ever learned to cook. I needed it to serve on top of bibimbap, another one of those I learned early on. It makes a very quick dinner if you prep it the night before and it tastes amazing. Serve it over rice, in lettuce wraps, or on bulgogi for a delicious dinner.

By hand: grate the onion and apple. Mince the ginger and combine with the remaining marinade ingredients.

In a food processor: add all the marinade ingredients and pulse until the apple and the onion are chopped fine. Do not let it all puree.

In a bowl or zipper seal bag combine the meat and the marinade and massage them together to combine well. Let sit at least an hour, but over night is best. I like to make it the night before to make diner easier. If using carrots, add them to the marinate before refrigerating.

Heat a large non-stick skillet over high heat without any oil. Add a third to a half of the meat, you do not want to crowd the pan on the meat wont sear properly. Stir occasionally to cook the meat but leave it to brown in spots. The meat will get liquid around it, keep cooking the bulgogi until that starts to bubble and caramelize around the meat. When the sauce is cooked on to the meat and it it a dark golden remove from the pan and add the next batch.

Serve topped with the green onions. 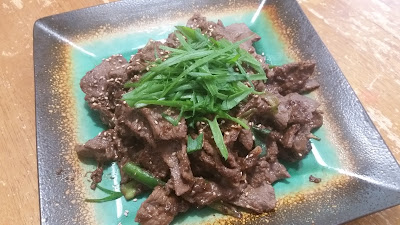