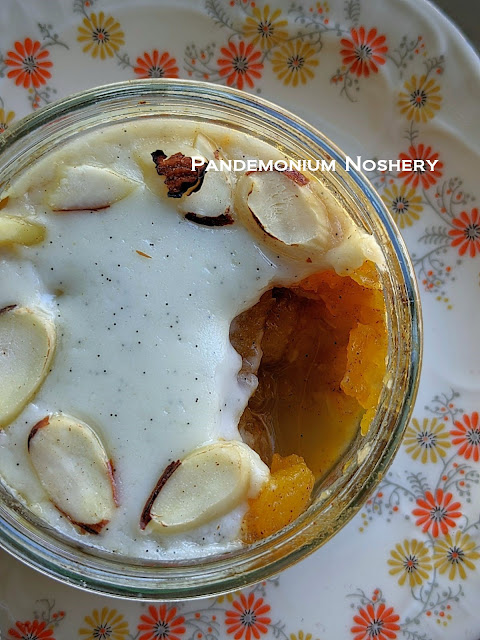 It's Sunday Funday time, and this recipe is so much fun! I'll confess I've wanted to make this one for years and just not made the time for it But this year was the time to change that! It's such a fun way to use this seasons most famous vegetable. This dish is spiced, and warming, and decadent while staying much lighter than most pumpkin desserts. Also, I think it's really cute in the individual dishes with the vanilla flecked sauce on top. This recipe is an Egyptian dish. It's origins are unknown but it's a staple in Egypt enjoyed in the fall.

So lets talk about what this actually is. This is squash that is stewed in sugar and it's own juices. It's stewed so it stays tender, but the lack of other liquid means it doesn't get watery. After stewing it's mashed, some, so it's not exactly solid but it's also not a puree like from a can. It's spices, and the cardamom makes it different than a typical American pumpkin spice. Plus it has raisins and coconut. And THEN, for even more deliciousness, it's topped with a lightly sweetened béchamel sauce and baked until it's set. You will love it, I promise. It's a dessert, but I thought it also made a great breakfast the next day. 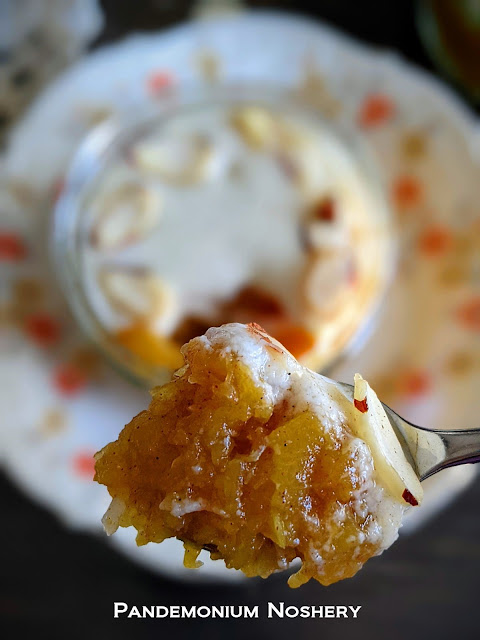 Sunday Funday
Kar Assaly Recipe
6 c. Kabocha squash, chopped
3/4 c. sugar
1/2 c. coconut
1/4 c. golden raisins
1/4 tsp. cardamom
1 tsp. cinnamon
3/4 c. milk
1/4 c. sugar
2 tsp. vanilla extract
1 Tbsp. cornstarch
1/4 c. sliced almonds
Combine the pumpkin and sugar in a saucepan and cook, covered, over medium heat. The pumpkin will release enough moisture to cook the pumpkin without any added liquid. Cook, stirring every 5 minutes or so, until the pumpkin is very tender. this takes about 30 minutes. Remove from the heat and squish the pumpkin until mostly mushed but not pureed, you want it to have some texture. Add the coconut, raisins, cardamom, and cinnamon. Stir to combine.
Combine the milk, sugar, vanilla extract, and cornstarch and whisk until smooth. Heat over medium heat until thickened and cooked through.
Divide the pumpkin mixture between between 8-10 ramekins. Top with a tablespoon of the lick mixture. Sprinkle the top with slice almonds. Bake for 20 - 25 minutes or until the top is set. Serve warm. 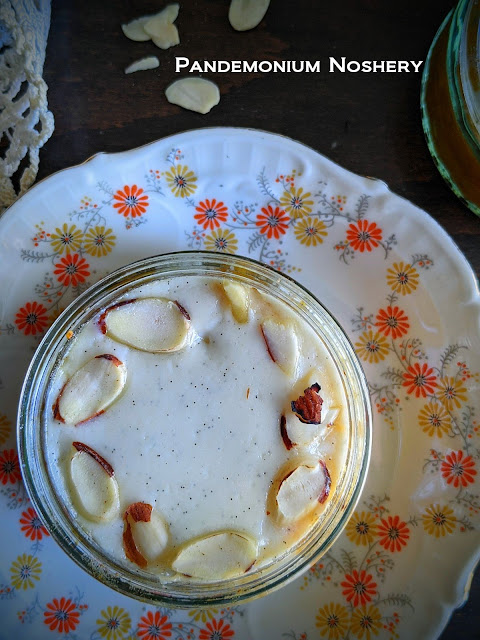