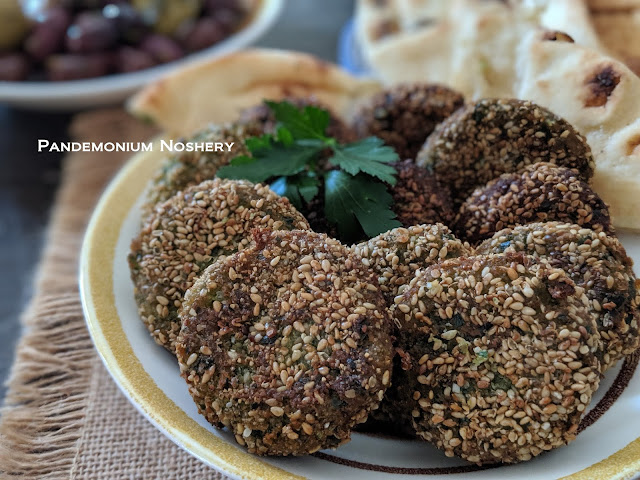 This savory Egyptian fritter is similar to falafel with one major difference, the base is fava instead of garbanzo beans.

Cover the fava beans with two inches of water and soak for at least 24 hours.

Drain the fava beans and add to a food processor along with the white parts of the leek and everything else except for the oil and sesame seeds.

Pulse the mixture until very smooth, scraping down the sides as needed.

Allow the mixture to stand for 30 minutes. about 20 minutes in start heating the oil over medium heat. You don't want the oil to get too hot or it will scorch the sesame seeds. Once the mixture has had a chance to to rest, shape it in to 1 inch balls and roll in sesame seeds.

Place the formed, sesame seed covered, ta'ameya in to the frying oil and cook until the sesame seeds and the outside crust of the fritters are browned.