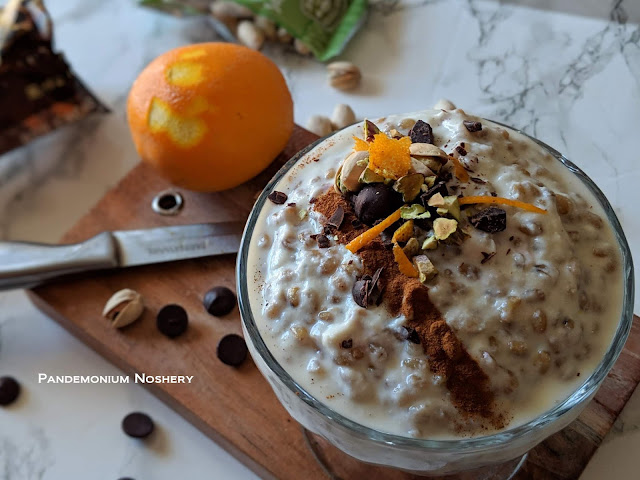 December 13th is St. Lucia day in more than just Sweden. In Italy the tradition is cuccia, which means wheatberries. This is usually in the form of this sweet ricotta porridge but can also mean a dish of wheatberries and ceci,, or garbanzo beans, in an olive oil based stew.

Place the wheatberries, 3 cups of water, and pinch of salt in and electric pressure cooker. Cook on High pressure for 25 minutes and allow it to natural release. Drain and chill until room temperature.

Meanwhile combine the ricotta cheese, sugar, and vanilla in a food processor. When the wheat is cool stir the two to combine.