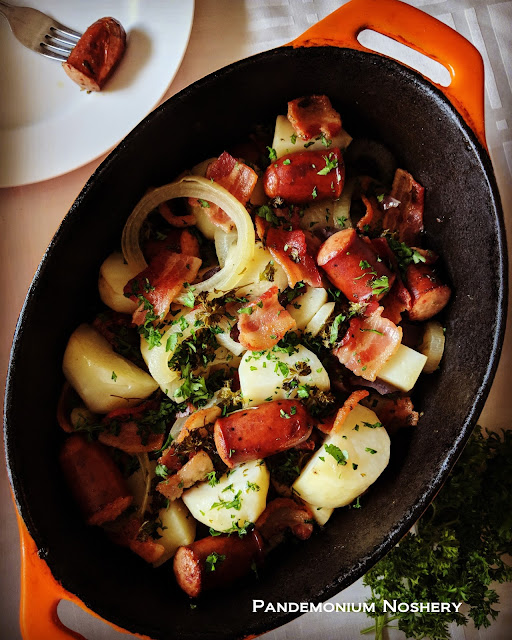 Coddle, or Dublin coddle, is an Irish dish enjoyed when the weather is cold. The recipe is more of a guidline, anything can be thrown in here and it's a great way to use up leftovers. The basics are usually sausage, or bangers, and potatoes. Cook down for a while, then enjoy.

Slice the onions in to thick rings and cut the potatoes in to large chunks. If they are small, leave whole.

In a large cast iron pot cook the bacon over medium heat until they have a bit of color and aren't as opaque but not cooked all the way. Remove from pan and cook remaining bacon.

Cut the sausage in to pieces and add to the pan. Cook until slightly browned on both sides but also not completely browned either. Remove from the pan.

Remove the lid and dot the top with butter. Replace the lid and allow to sit for 10 minutes before serving.
Labels: Ireland