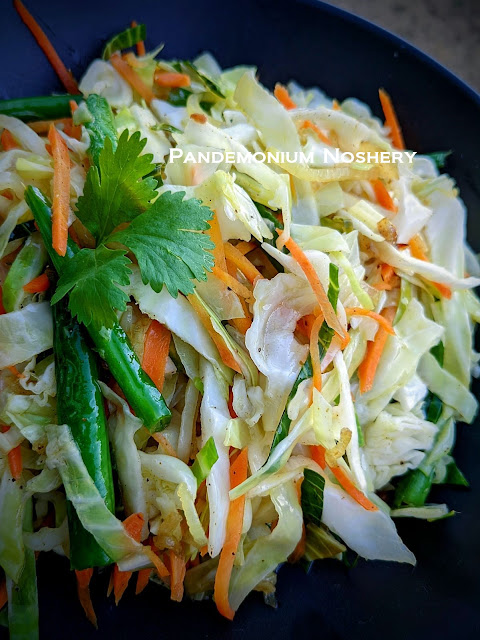 In November Eat the World recipe challenge highlighted the Reunion Island. I was thrilled because It wasn't someplace I was familiar with and I wanted to try some new things out. It was fun because it was a mix of French, Indian, and African cultures all blended into one. For my recipe, I went with the classic Sausage Rougails and Zembrocal Rice. It was delicious but as I was looking I saw another recipe that looked quite intriguing called Vanilla Duck.

I have been having fun with vanilla lately and making my own extracts since I joined a vanilla co-op and have been able to access them economically. So then I found the duck and was all set for dinner. As I was planning dinner I realized I wanted something to go with the duck and rice and started looking for vegetable dishes to go with it. That led me to a blog titled simply "Le Reunion" and a recipe for achards. Achards is a quick stir-fried cabbage recipe that is supposed to be a salad so the vegetables are left crisp-tender.