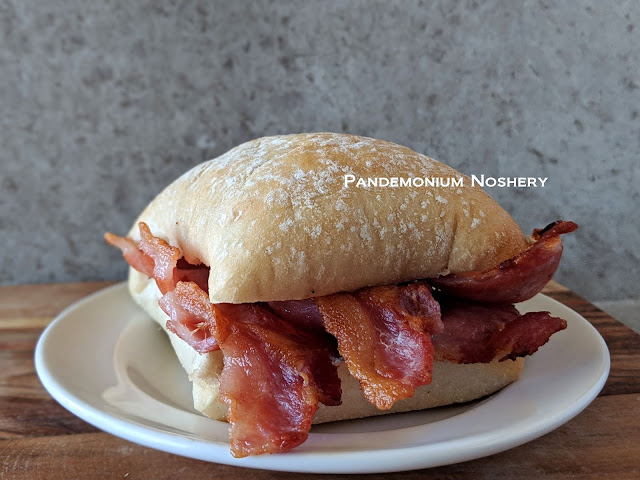 Few things can compare to the delight that is bacon. Having hear of a bacon butty, a sandwich with all the attraction of a BLT and none of the lettuce or tomatoes to get in the way, I was determined to make one for myself. But not with regular American bacon, with proper back bacon. And so I waited, and then I was able to get my hands on some and it was delicious. It cooks roughly the same as American bacon but doesn't render out much fat so you have to add a little oil to the pan.

One thing I learned while double checking how to cook the bacon was that trimming the fat layer off helped it cook without curling so I tried it. I cooked the first three as they were out of the package and the next three I trimmed. With such highly scientific testing I have come to the conclusion that trimming the thick layer of fat makes for a better cooking and eating experience. It does curl quite a bit without that and make it harder to cook evenly. 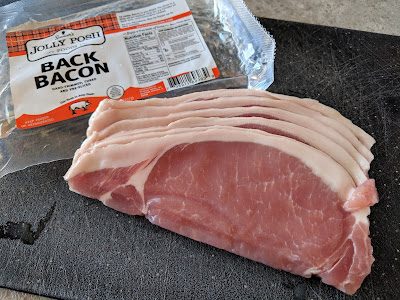 Heat the oil in a skillet over medium high. Add the bacon slices and cook until golden on one side and then flip and cook the same way on the other. Remove to a pan and place on paper towels to drain.

While the bacon is cooking butter the roll. Top the roll with 2 - 3 slices of bacon and a little HP sauce. Add the top piece of the roll and enjoy.