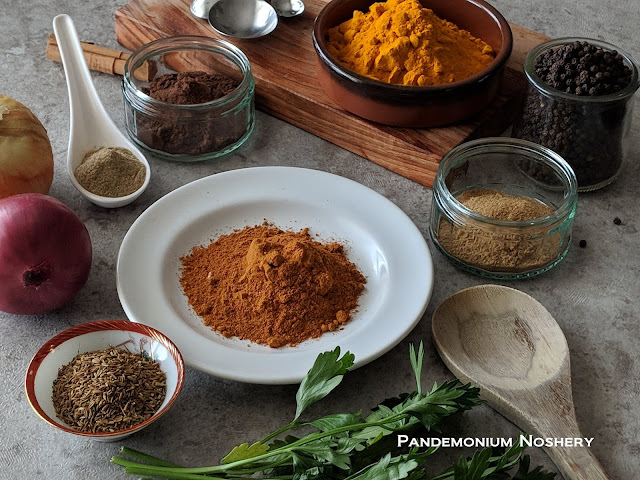 Hawaij spice is from Yemen, specifically Yemenite Jews, because of this it's popularity has spread to Israel as well and can be found at any supermarket or spice vendor. It's warm from the cinnamon and allspice and slightly curried tasting from the coriander, cumin and turmeric. Use it in soups and stews for a distinct but mellow addition.