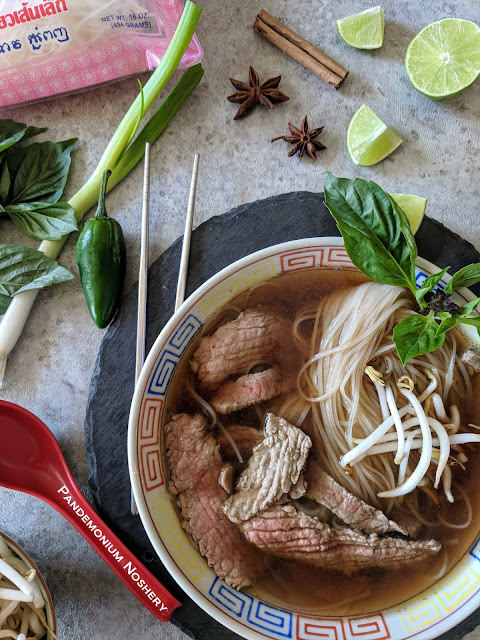 I've heard of pho. I've seen signs, and recipes, and even pronunciation guides, for pho (pronounced "fuh"). But until recently I hadn't ever tried it, it wasn't even something that I was all that interested in. But then I was on a road trip and using yelp to find anything decent to eat. And one of the restaurants that was close was one I had seen a billboard advertising for miles. And it was getting cold and soup sounded great. And it was, it really was. My kids loved it, so much in fact that we decided to make some at home for ourselves.

Pho is a combination of several delicious factors. The first is the broth, it's really important. From there extremely thinly sliced beef that cooks in the bowl and then a variety of toppings. I like bean sprouts, green onions, jalapeno, Thai basil, cilantro, and lime wedges.

Combine all in a large pot. Simmer for 45 minutes. Strain and return to a boil. You need it hot enough to cook the beef slices.

In a bowl add a serving of fresh noodles and slices of beef. Pour boiling broth over both and immediately add desired toppings and then enjoy. 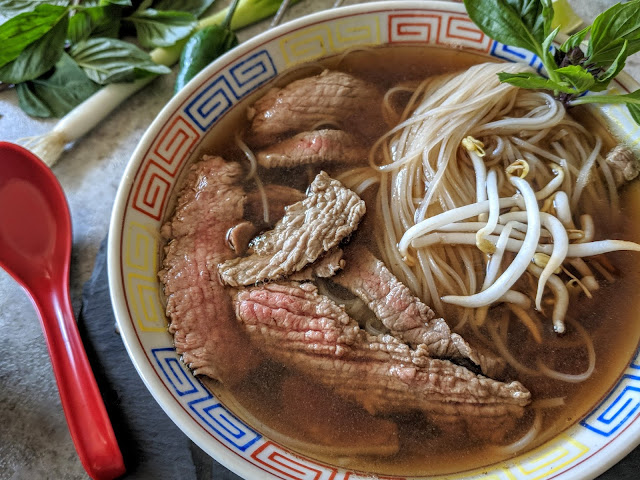 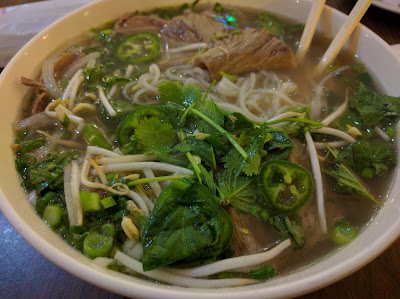