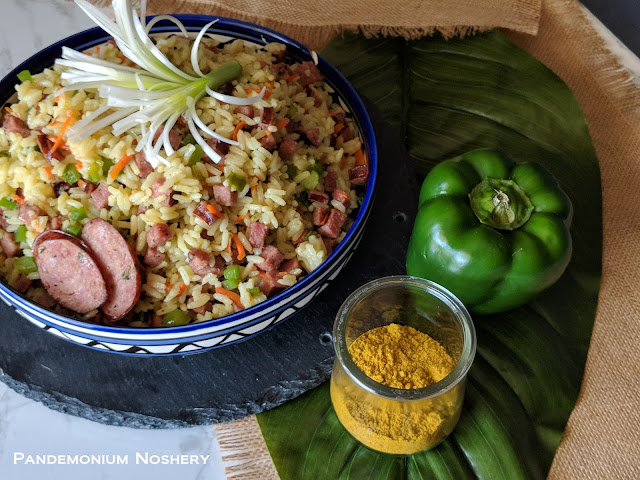 I've always been really interested in food and flavors. Finding new and interesting flavor combinations is fun for me. It's like art. I get very excited about what I discover and usually want to share it with people. For the longest time I thought I wanted to own a restaurant, something travel inspired. The older I've gotten I've realized that's not really what I want, I don't like being tied to things like that. I like taking of whenever I feel like it. The more I have though about it the more I still want to share what I have learned about foreign and ethnic flavors but in a different way. So now I have shifted my focus to writing a cookbook of some kind instead. I can share my findings but in a way that does not require me to be there tied to it twenty four/ seven.  I want the focus of the book to be simple recipes, tasty of course, easy ingredients to find, but still travel inspired.

At church I have a friend that is from Accra. She made a rice dish for an event that was simple but also had a really good flavor. I got the basics of the recipe from her, there are a few of my own adaptions as well. Looking up the recipe, google calls it Nigerian Fried Rice, though that is not where my friend is from. I also used a method that works for me. It's not a one pot dish, but two pots isn't bad either. This is now on our regular meal rotation, it has all the things I want in the recipes I want to include in my book some day. Simple, easy, and tasty.

Bring all to a boil and simmer until most of the liquid is absorbed and the rice is almost cooked. By that point it should still look a little wet but also a little sticky. It will burn and stick if you leave it on the heat so remove it. Chop the greens from the onions in to 1 inch pieces and stir them in at this point. Put a lid on the rice and let it stand that way for ten minutes before adding to the other pan.

Saute the sausage, green peppers, and carrot in oil until the pepper is tender and the sausage is fragrant. Add the green onion greens and cook 1 minute. Push it all to one side of the pan and crack the eggs right there in the same dish. Cook it, chopping it up, until it's all the way cooked. Stir it in with the sausage and vegetables. Once the rice has had a chance to sit for ten minutes then combine the two. Make sure and stir it up really well so the vegetables are evenly distributed all the way through and eat it like that.

The first time I used American Craft jalapeno cheddar sausage and it was really good, the second time I used Aidells roasted garlic and gruyere sausage. They both worked really well but I did think the jalapeno was better in there.  Kielbasa would be good too. 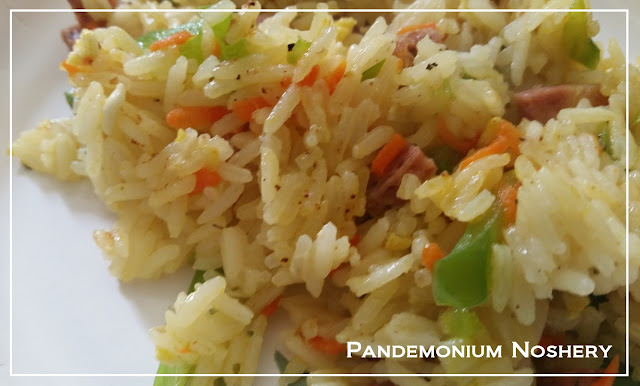 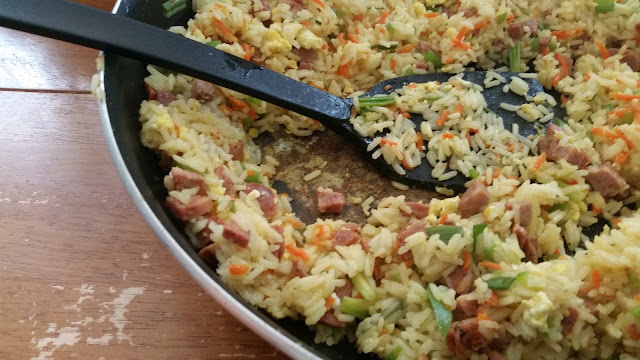