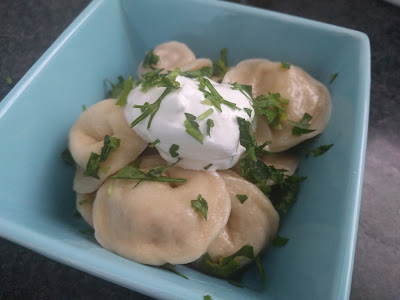 If I had readers they might have noticed my absence. I however noticed very little, the recording process might have been neglected but the actual eating, not a chance. In the time I haven't been writing I've filled my time with other cool things. Like eating a lot of good food, my first trip to Europe, and moving from the US to Asia. But here is new and it's fun. It's also a place where there are a lot of foreigners. All the way back in August, before I knew I was moving I had set my sights on Russian cooking. The Art museum where I lived had an upcoming art display that I was looking forward to and it seemed like a natural place to look next. We even had a Russian Activity with some friends. Where I live now has a really large eastern European population and I've made friends with some really cool people from the Ukraine. And can they cook! There are differences, but also a lot of shared cuisine. Some of which they have shared with me. And man, is it was cooler than just getting it from google.

So the dough is an egg pasta rolled out really thin and cut. The filling is a combination of ground beef and pork, a large grated onion, I think if I remember right garlic, and salt and pepper to taste. That was seriously it in the filling and the flavor just popped, they were so good. I liked them best with sour cream all over them. 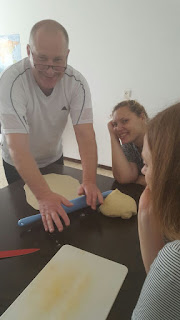 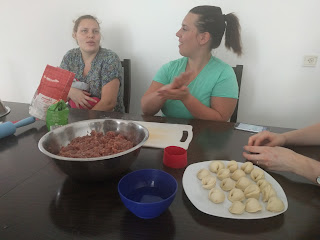 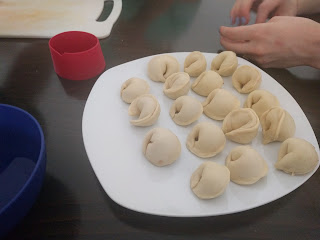