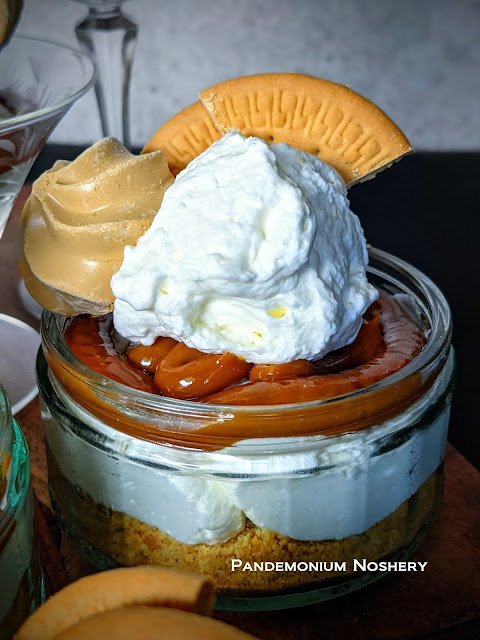 It's that time of the month again! It's this months Eat The World recipe challenge and this month we are heading to Uruguay. Uruguay is a small South American country on the eastern coastline. It is the second smallest country is South America and gets it's name from the Uruguay River that means "painted bird" in the Guarani language. The river forms the barrier between Uruguay and Argentina.

I have had extremely limited time this year, and blogging has been extremely limited so I chose a dessert that was simple to prepare. But don't let the simplicity of the recipe fool you, this one is still a delicious treat. Layers of Maria biscuits, dulce de leche, and unsweetened whipped cream mixed with meringues. The cream flavor really stands out without it being sweetened and adds a delicious flavor. But don't let the lack of sugar be off-putting, the meringues and the dulce have so much it's still firmly in the dessert category.

I found the cream and dulce was easiest to add by piping it in from a pastry bag. The dulce de leche on top of the crumb layer tries to stick and pull the crumbs around, piping meant it was easy to get where I wanted it. The cream sticks to the dulce just fine, but I still found it less tedious to use a piping bag, but the spoon worked just fine.

Traditionally the meringues are vanilla. I could only get caramel and vanilla ones in town so I went with those. I love hose cute the swirls are! If you can't get store bought meringues you can make your own but leave them out of the cream. Homemade ones tend to dissolve in the cream much faster than the prepackaged kind.

Check out all the wonderful Uruguayan dishes prepared by fellow Eat the World members and share with #eattheworld. Click here to find out how to join and have fun exploring a country a month in the kitchen with us!

Polvito Recipe
1 (13.4 oz.) can dulce de leche
2 1/2 c. heavy cream
pinch xanthan gum
1 pkg. (7 oz.) Maria biscuits
3 Tbsp. butter, melted
2 c. Meringues (vanilla or caramel)
Reserve 9 of the meringues and set aside. Roughly chop the remaining meringue and set aside.
Place the Maria biscuits in a food processor and run until you have fine crumbs. Add the melted butter and run until combined.
Place the cream in a mixing bowl and whip until starting to thicken. Add the pinch of xanthan gum and keep beating until soft peaks form. Fold in the chopped meringues.
Use 9 individual dishes. Place a heaping spoonful of the crumbs in the bottom of each dish. Press slightly to compact. Drizzle with some of the dulce de leche. Spoon the whipped cream mixture over the top. drizzle with more whipped cream and more dulce de leche.
Top with leftover cookie crumbs and the reserved meringues. Serve immediately. 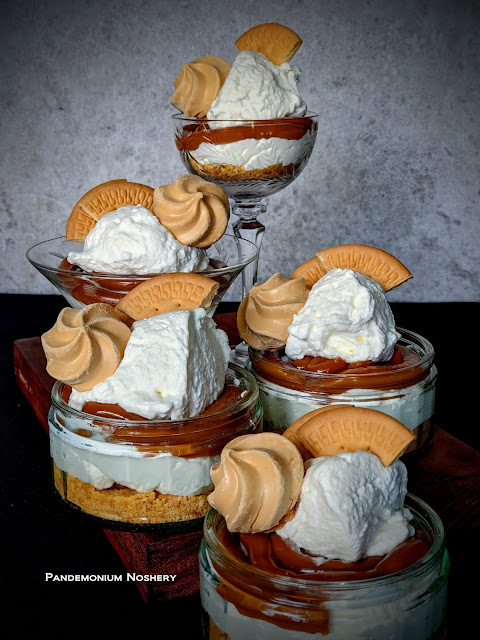