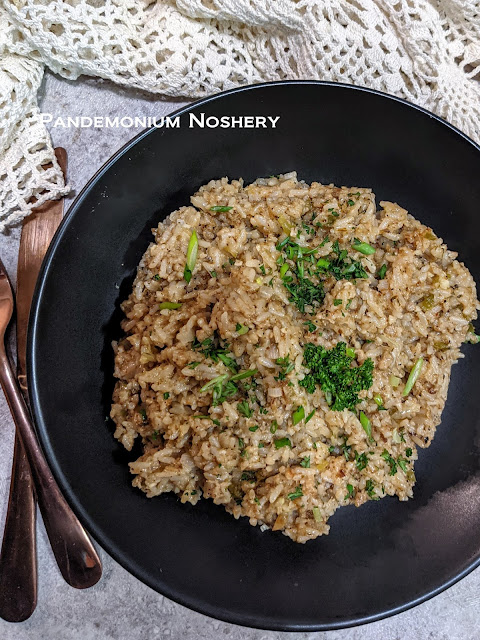 Dirty Rice was the food of the impoverished, of which New Orleans had no shortage. While the upper classes were eating chicken and some of the more choice cuts of meat, the ofal, the less desirable parts, were left to the lowest of the low in society. Dirty rice is a by-product of that discrepancy. It takes chicken livers, combined with rice and a few spices to make an easy but delicious dish that is now loved by all.
Dirty rice is a dish of Cajun origin. Cajun cooking typically doesn't contain tomatoes, instead, it relies on crisped meat and other savories for the color and depth in the dish. Those crisped, browned, bits of meat are where the rice gets it's name, they lend a dirty look once it's done. Now that it's no longer a dish enjoyed by the impoverished it can incorporate any number of ingredients. It can be as simple as meat and rice with little more and still be considered dirty rice. Vegetables in season would make an appearance if they were around. Sausage could be included for seasoning or protein or simply hamburger. The ratio too could be changed. More rice was a cheap filler for an economical dinner. Spices too are always welcome in New Orleans cooking, in this case plenty of garlic and oregano. 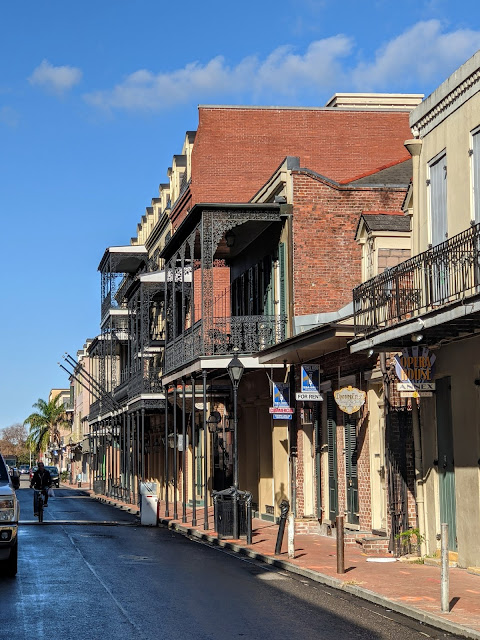 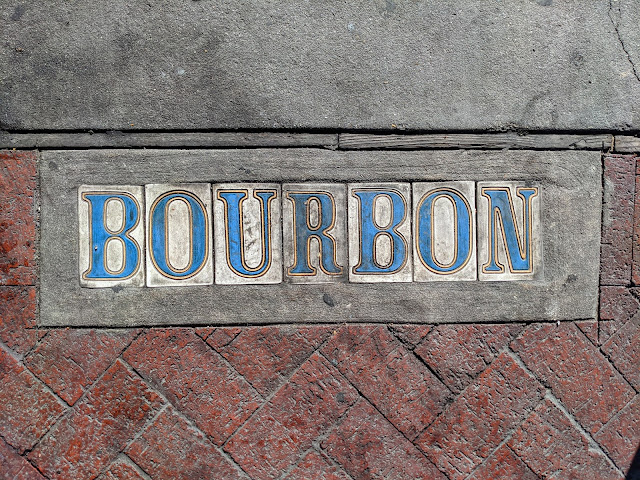 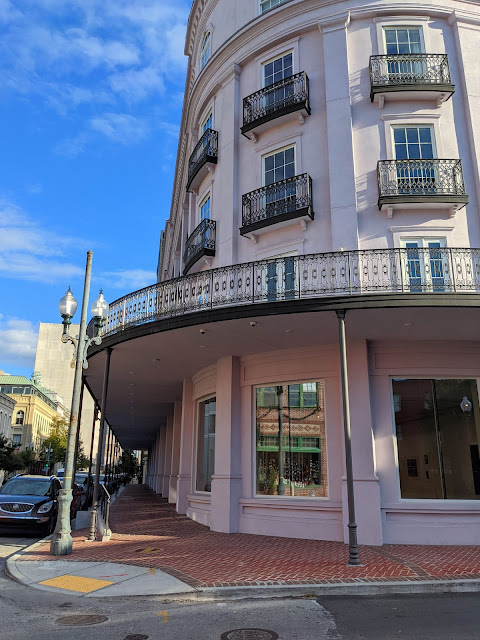 St. Louis Cemetery #2 was one of my favorite parts of New Orleans. Cemetery #1 is the more famous of the two. It is the resting place of Marie Laveau, the famous Voodoo Queen of New Orleans. Ms. Laveau with a Catholic voodoo practitioner of much renown during her time. Her powers were considered so great that even though she died over 100 years ago people still visit her grave to leave tokens and ask for help and favors. You can only do so thought through a licensed tour guide, the cemetery is closed otherwise. Cemetery #2, where the pictures below are from, is a few blocks away from the touristy section, and also closed now unless you have family buried there. Or you come across a friendly workman willing to let you in for a few minutes. 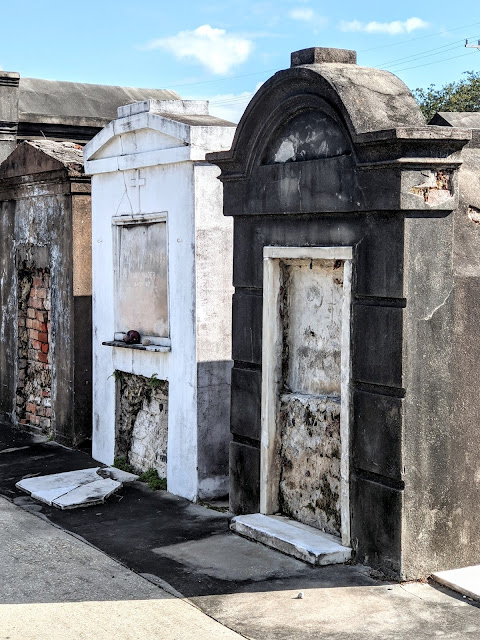 Burial sites in New Orleans are unique. Because of the high water table, graves cannot be dug below the ground. Dig down a few feet and you will quickly fit water level and you you have a soggy mess. Because of this, the Spanish tradition of burying people in vaults above ground was adopted. 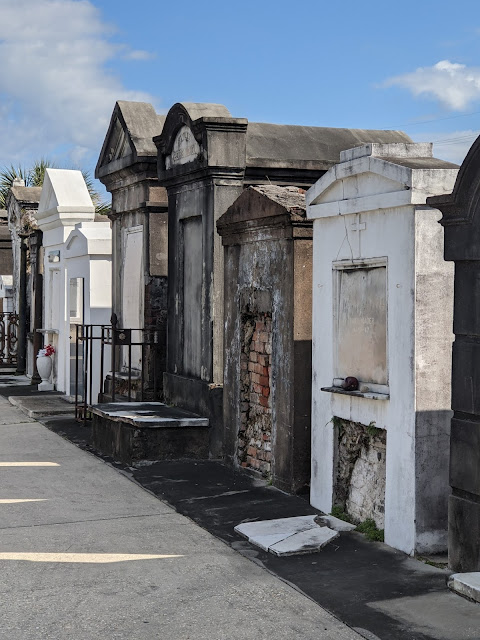 Walking through the grounds I was struck with how much it reminded me of a miniature neighborhood. Each vault is the home of one individual. And some were built with fences, with porches, with flower gardens, and with walkways between them all. It was lovely and gave off a pleasant and serene view of the final rest. 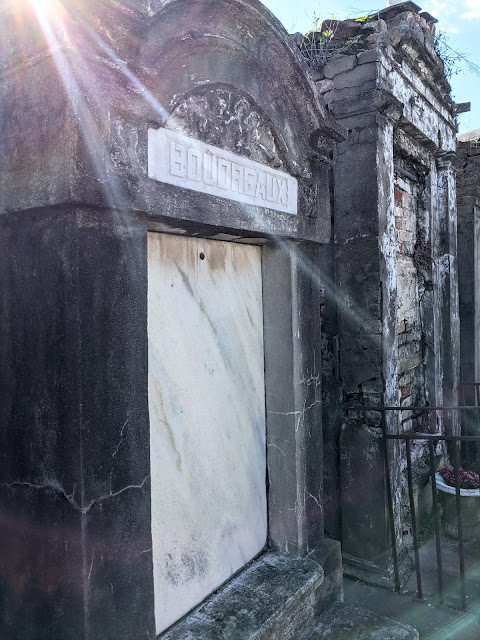 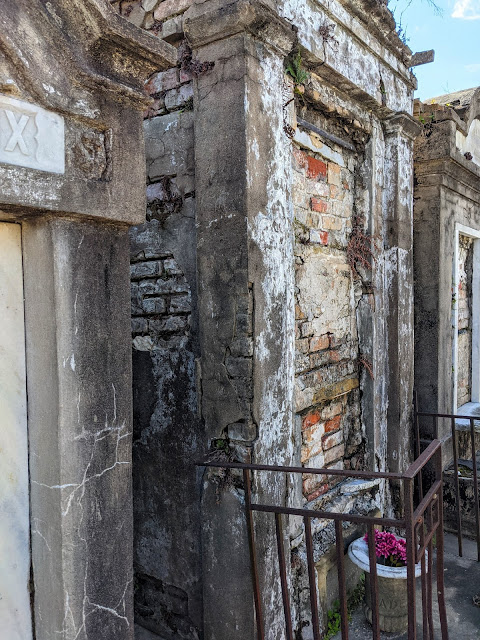 Dirty rice is a simple, yet extremely flavorful dish of sausage and rice, both of which are staples of the area. Traditionally chicken livers are ground fine and used in the dirty rice for added richness and flavor. I am reaallllyyy not a fan of chicken livers, and I am not even sure where to get them in town. Thankfully the boudin sausage, which I picked up at Rouses Market in New Orleans, contains some chicken liver and that makes up for the flavor.
New Orleans Dirty Rice
3-4 boudin sausage
2 c. parboiled rice
1 onion, chopped
Bacon drippings or oil
2 green onions, sliced
4 cloves garlic, minced
2 stalks celery, minced
1/2 green bell pepper, minced
1 bay leaf
4 chicken bouillon cubes
1 tsp. tabasco
1/4 tsp. salt
1/2 tsp. Black pepper
1/2 tsp. thyme
Chopped Fresh Parsley
Heat the bacon drippings or oil in a large pan. Add the onion, celery, and bell pepper and cook until starting to soften, turn the heat to high. Remove the sausage from the casing and add to the pan. Cook and crumble, stirring infrequently, until the sausage starts to brown and get crisp. Add the garlic to the pan and cook for 30 seconds. Add the rice to the pan and continue cooking, stirring frequently, until the rice starts to change color, about 5 minutes.
Add the bouillon, four cups of water, bay leaf, tabasco, salt, pepper, and thyme to the pot. Bring to a boil. Cover with a tight lid and reduce the heat to medium-low. Simmer for 15 minutes. Remove the lid and stir, scrapping the bottom really well. At this point the rice wont be cooked, it will be mostly done, but not all the way and there will be some liquid in the pan around the edges.
Continue cooking, and stirring, until the rice is tender and the liquid is absorbed.
Remove from the heat, fluff with a fork, top with the fresh parsley, and serve.
Labels: Southern United States